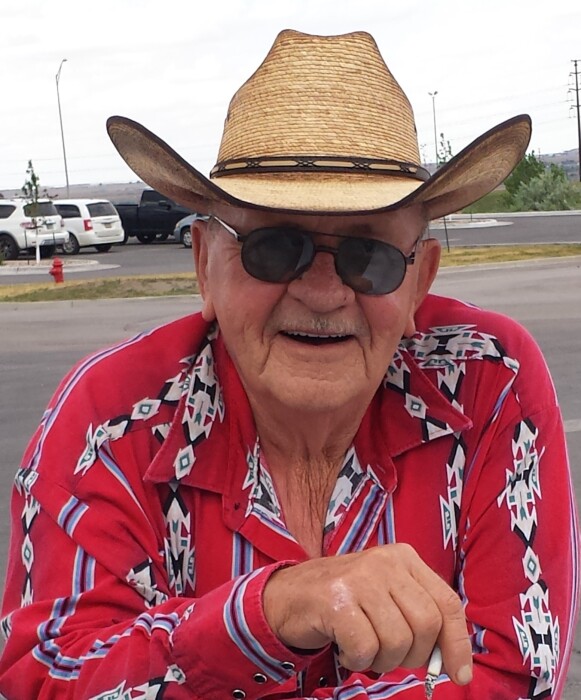 Tommy Eugene Fordyce was born June 6, 1942, in Newcastle, Wyoming.  He passed away in the same town he was born in, on September 22, 2022, following a brief, but hard-fought battle with cancer. We are all blessed that his suffering was short and pain free.

The third of five children born to Joseph and Mary (Noe) Fordyce, Tommy was raised on the family ranch on Mush Creek.  Though poor in dollars, the family was blessedly rich in work ethic, togetherness, ingenuity, and resourcefulness. With the help of great neighbors, friends, and lots of hard work, they eked out a living.

In his youth, Tommy and his brother Buz took a job of breaking a few dozen Shetland ponies for Tookie Wilmot, of Upton. Lots of stories have been handed down from them taking on that one!  Tommy was a talented lineman, on both offense and defense, for the Upton Bobcat football team. He was also their place kicker.  Tommy also participated in basketball, track, and choir. In his later teens, he and his Dad stacked hay in the summers all around the county with their good friend and neighbor, Charles Rankin. He also worked for the Rankin Ranch and the Bill Dixon Ranch during that time. After graduating from Upton High School in 1960, he joined the National Guard and served for four years.

Tommy met Della Luhman in 1962, and they were married July 8, 1963. Two sons were born to this marriage, Kenneth in 1964 and Dennis in 1966. Tommy went to work for Neal Riesland his brother John Fordyce in their service and gas stations, he delivered milk, worked for Wortham Machinery, Wyoming Automotive and Updike Bros.  In the late 1960’s, he went to work for Harry Thorson and his son Don Thorson for Toco Corp, where he pumped wells for roughly 20 years.  During that time, Tommy had side businesses that included backhoe work and pulling water wells, and photography for rodeos.  He and his family also helped keep the family ranch going as Joe and Mary aged. In the mid 1980’s, Tommy began a whole new career, which he loved, with the Wyoming Department of Corrections as a drill sergeant for the Wyoming Honor Conservation Camp north of Newcastle.  He worked there until he retired.

Tommy made countless friends through all his different life adventures and careers and was always up for a good visit. He loved music and other reasons to get together. Tommy played mandolin in The Fordyce Family Band with his father, and brothers John and Buz, and John Martens. In recent years, he would help sing harmony at church and other local get togethers with his son Kenny, Bill Haley and others.  Tommy was especially proud of his son Dennis, for his 23 years of service in the U.S. Air Force. God, family, and patriotism were very important to him.

Tommy was preceded in death by his parents; brothers Wayne, John, and Joe R. (Buz); and his wife Della, in March of 2022. A few weeks before his death, he told his niece Wanda, “I sure do miss fighting with my wife.”

To order memorial trees or send flowers to the family in memory of Tommy Fordyce, please visit our flower store.