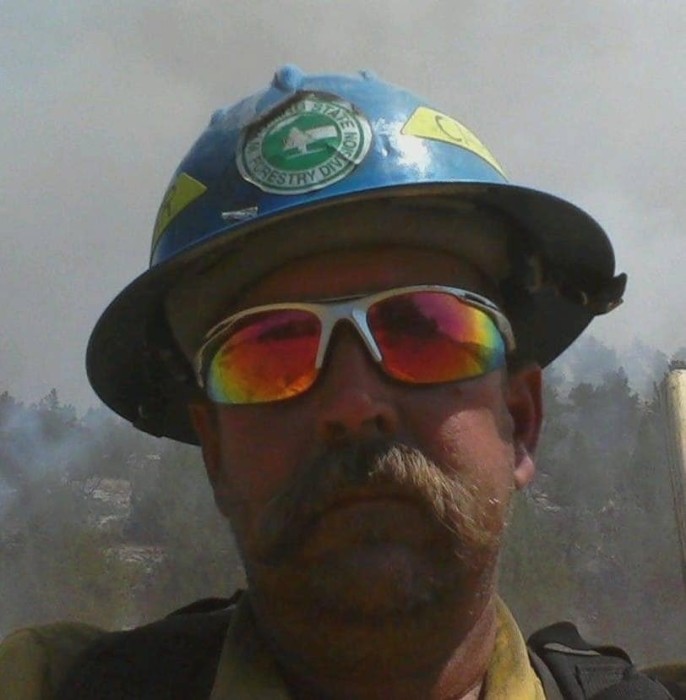 A celebration of life for Timothy Andrew Carr will be held on Saturday, Feb. 1m, at 1 p.m. at Weston County Senior Services center. Officiating will be Pastor Mick Bohn and Pastor Norm Brotzman. A dinner and fellowship will follow at the Masonic Lodge. Timothy Andrew Carr, son, husband, father, and friend to many, went to meet our Lord peacefully at 4:33 p.m. on Saturday, Jan. 25, 2020, at his home in Newcastle, WY, surrounded by his loved ones. Tim was born in Waukegan, IL to Raymond and Carol Carr. He attended school in Huntley, IL and graduated in 1984. Tim loved football and was a die-hard Green Bay Packers, NASCAR, and Cubby’s fan. During his work with Muson Marine after graduation, he met several NFL Chicago Bears players, including Walter Payton. He then joined the U.S. Army and served as a Hawk missile crew member in Germany for six years and was able to see the Berlin wall come down. Also, during this time, he met and befriended Charlie Daniels and sang a lot of songs with him. They remained friends until his death. After leaving the U.S. Army, he became a correctional deputy in Bell County, Texas, then moved to Springfield, S.D., and was a correctional officer and wildland firefighter there for 15 years. He was invited to bring an inmate hand crew to fight the Jasper Fire in the Black Hills in 2000. He returned to the area many times to fight more fires. This is when the love of wildland fire fighting became his passion. In 2004, he met the love of his life, Debra Eye, at a Bible study class in Yankton, SD. They were married on July 30, 2005. One day later, the couple moved to Custer, SD, where Tim worked as a correctional officer at the Star Academy in Custer. In 2006, he and his wife re-opened the Wedding Closet dress shop in Custer and Tim started working for the Wyoming Honor Conservation Camp in Newcastle as a correctional officer. Tim’s dream was realized when he accepted a position as a wildland firefighter with the Division of Forestry at the Wyoming Honor Conservation Camp. He did this work with love and passion for 13 years, until he became ill. In 2010, the couple moved themselves and their business to Newcastle, which is now W.C. Sports & Western Wear. Tim was involved in every aspect of the business and did whatever was needed. He enjoyed helping with open houses, free prom hair, nails, and makeup days, and Halloween and Christmas events for the community. After being diagnosed with cancer, Tim was instrumental in bringing the first “Let’s Beat Cancer Together” event to downtown Newcastle. Tim was a Mason for many years and was voted in as Master of the lodge for 2019 to 2020. Tim was a devout Christian and loved the Lord with all of his heart. Tim loved music. He taught himself how to read music and even play guitar; he loved playing his guitars. He enjoyed singing (especially Christian music) and entertaining people. He participated in the Hanging of Damond L Slim and the Teddy Rosevelt reenactments as part of the Newcastle Legacy Series, posing as a cowboy vigilante. He also portrayed Seth Bullock for the Anna Miller Museum.Tim was a friend to all and will be missed by many. He was preceded in death his father, Raymond Owen Carr; and his beagle, Nutmeg. Missing him always will be his wife, Debra Lee (Eye); his mother, Carol (Clinten) KollenKark, and stepfather Jerry Kollenkark; his children, Matthew and Sarah (Turner) Clark, Lori and Jerry Gray, Amanda and Ricky Lien, Jessica Carr, and Wyatt Carr; grandchildren, Samuel, Skyler, Braxten, Izabella, Ryder, Emiliana, and Elda; his brother-cousins, Dale and Teddy Andersen; and special fur-grandbaby, Chloie Rayne. Any memorial contributions will be used for Tim’s medical expenses, and may be sent to Debra Carr 131 W. Park St., Newcastle, WY, 82701. Memorials may also be expressed at www.meridianmortuary.com

To order memorial trees or send flowers to the family in memory of Timothy Carr, please visit our flower store.