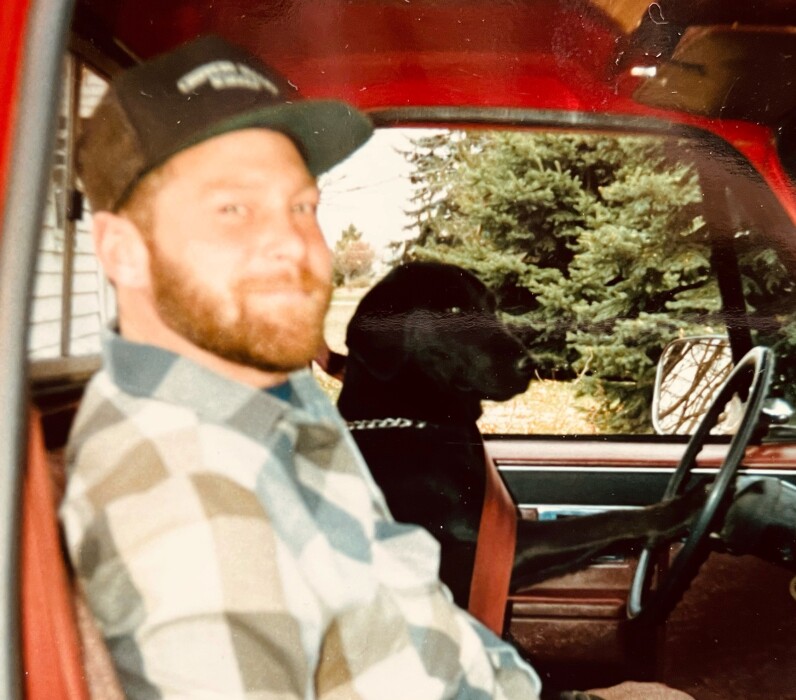 On Saturday, April 17, 2021, Thomas “Elmer” Steinbrink passed away at age 61. Tom was born on September 3, 1959 to Robert and Bernice (Quandt) Steinbrink. Tom was a skilled mechanic and talented welder who was employed by Chippewa Valley School District for many years. Tom enjoyed spending time with his family and friends and loved hosting parties where he could be found manning his homemade pig roaster. Tom had a caring disposition, a boisterous personality, and loved tossing back a cold one while conversing with many acquaintances. Tom also enjoyed the great outdoors particularly hunting, shooting, and riding his beloved horse Ringo. Tom had numerous animal companions throughout his life but none more loyal than his dog Floyd. Tom’s free spirit and love of nature is what drew him to relocate to Wyoming in 2004, where he lived out the rest of his days. Tom was preceded in death by his father, Bob, his mother, Bernice, and his brother, Robert (Bob). He is survived by his brother Ronald (Mary) of Clinton Township, Michigan, his sister Barbara (Eric) of Macomb, Michigan, sister-in-law Denise of North Branch, Michigan, and numerous nieces, nephews, and great-nieces and nephews. He will be missed and remembered by his family and all of the friends that he met along the way.

To order memorial trees or send flowers to the family in memory of Thomas Steinbrink, please visit our flower store.