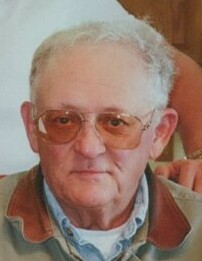 Terry Eugene Elliott, 75, of Newcastle, passed away peacefully at home December 7, 2021. Terry was born March 3, 1946, to parents Eugene and Marjorie (Rawhouser) Elliott in Sundance, WY.  After graduating high school in 1964 from Newcastle High School, Terry attended Black Hills State University, earning both a bachelor’s degree and a master’s degree in education.  Terry married Janet Bullis December 22, 1969, and together they raised two children, Travis and Lynette.  His career as a science teacher spanned 13 years, where he taught in Winner, SD; Upton, WY; and in Hullett, WY.  After working as a teacher, Terry became employed at Black Thunder Coal Mine is 1978, where he worked for 23 years. Terry also proudly served in the National Guard for over 20 years.  He was a member of the Cambria Baptist Church, where he taught Sunday school.  An avid reader, Terry often stayed up all night to polish off a stack of books.  He even self-published a book on the history of the Bible and how it relates to today.  Terry also enjoyed his ham radio.  He was preceded in death by his parents, Eugene and Marjorie.  Terry is survived by his wife of 51 years, Janet; children Travis (Jan) of Newcastle, and Lynette (Mike) Hicks of Peyton, CO; brother Kim (Collette) of Cheyenne, WY and sister Judy (Burnie) Peausaw of Rapid City, SD; four grandchildren and two great-grandchildren.  Memorial services will be held at a later date. C ondolences can be sent to Meridian Mortuary, 111 S. Railroad Ave., Newcastle, WY, 82701. Condolences may also be expressed at www.meridianmortuary.com .

To order memorial trees or send flowers to the family in memory of Terry Elliott, please visit our flower store.