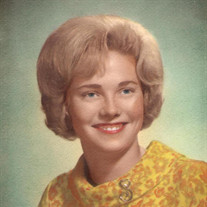 Sharon Harmon, 68, died July 12, 2016 in Evansville, Wyoming. She was born Sept. 24, 1947 to Grace Davis and the late Leland Davis. She grew up in Newcastle and graduated from Newcastle High School in 1965. She was active in Brownies, Girl Scouts, 4-H, and Job's daughters.
She married and had four children, Connie Harmon Fitzgerald, Bryon Harmon, David Harmon and John Harmon.
She lived in Rapid City for a few years before moving to Evansville. She worked in the Evansville City offices until 2008. She was dedicated to her 4 children, 10 grandchildren and 3 great-grandchildren.
Sharon is survived by her mother, Grace Davis of Newcastle, sister Kathleen (Larry) Lockwood of Broken Arrow, OK; daughter Connie (Glen) Fitzgerald of Evansville, WY, sons Bryon (Kim) Harmon and John (Andrea) Harmon of Casper, WY and David Harmon of LaPorte, IN and her 10 grandchildren and 3 great-grandchildren.
A memorial service will be held July 23 at 11 a.m. at the First United Methodist Church in Newcastle. There will be a memorial fund to the Newcastle Senior Center in leu of flowers.

To order memorial trees or send flowers to the family in memory of Sharon Harmon, please visit our flower store.