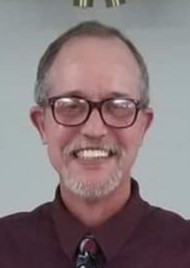 Pastor Scott David Wiggins was called home to be with his Lord and Savior on February 7th 2021 after a long battle with cancer and other health issues.

Scott was born on December 1st 1960 in Newcastle Wyoming to Raymon "Pat" and Beverly Jean Wiggins. He was the third born of four children. he spent his childhood on his family homestead on salt Creek just outside Newcastle Wyoming where as a child he enjoyed hunting, fishing and exploring the canyons of Salt Creek and White Rock. Scott graduated from Newcastle high School in 1979. During that time, he enjoyed wrestling and would later go on to incorporate that love for the sport by supporting both USA wrestling and coaching his son's Junior High School wrestling team the Lee Wildcats.

Scott met the love of his life , Susan Dove, In the Spring of 1983. They would go on to be married on April 20th 1984. From that union he would have three children and one grandchild. Zebulia, Zachary, Kaily and Harper Nicole.

Throughout his life Scott had many occupations which included 13 years in the oilfield, 5 years as a mechanical engineer on a processing ship off the coast of Alaska, 5 years as a heavy equipment mechanic in the field of water development in California, and 2  years as a heavy equipment mechanic in the mining industry.  After being forced to retire from the heavy equipment field due to medical limitations, Scott spent the next seven years as a maintenance man for Mondell Heights retirement community. During that time he went back to school for Christian and Biblical studies. Scott became the very first graduate from John Witherspoon Christian College in Rapid City, South Dakota where he received a degree in Christian Leadership.
In 2003, Scott fully committed to his walk with Jesus Christ and from then on would spread the word of the Gospel all across the world. He loved more than anything to share the good news and was blessed enough to do so locally as well as globally. From Newcastle, to South Dakota and all the way to the Philippines, Scott rejoiced in sharing the gospel with others. He spent many years as a deacon at the First Baptist Church in Newcastle. He was also very involved in the AWANA program for children and was blessed to be able to fill the pulpit in various houses of worship when needed.

His dream of becoming a pastor came true in January of 2019 when he was called to Cascade Road Baptist Church in Hot Springs, South Dakota.

Scott enjoyed many facets of life. The two he admired the most was time spent with family and the word of God. He was a loving husband, father, brother of God, and mentor, who will be missed by the many hearts he touched.

Scott is preceded in Death by his parents, Raymon and Beverly.
He is survived by his wife, Susan Wiggins; his sister, Diana Wiggins; by his brothers, Mike Wiggins and Craig Wiggins; his son's, Zebulia Wiggins and Zachary Wiggins; his daughter, Kaily Wiggins; his granddaughter Harper Nicole Previdal and a multitude of Aunt's, Uncle's, nieces and nephews.

Memorial services for pastor Scott Wiggins will be held Saturday February 20th at 10:00 a.m. at First Baptist Church of Newcastle 903 South summit Ave. All are welcome to follow family up to New Haven Cemetery for Grave Site Service.

To order memorial trees or send flowers to the family in memory of Scott Wiggins, please visit our flower store.