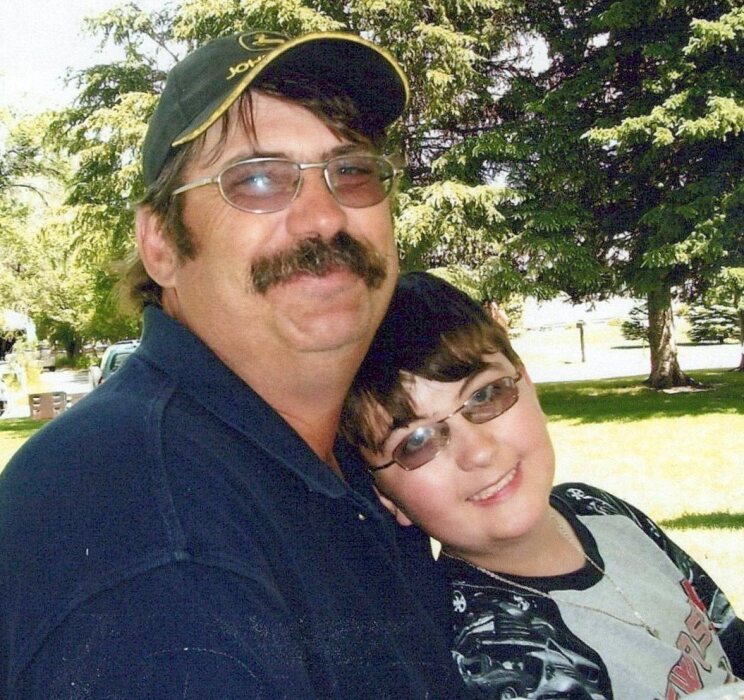 Robert Emil Miller, 56, passed away on January 11, 2022, at the Wyoming Medical Center in Casper, WY. He was born in Edgemont, SD, on January 7, 1966, to Benny Rue and Gloria Jean (Nicolls) Miller. He grew up on the family ranch in Minnekahta Valley and attended grade school in Edgemont, SD, and briefly in Wilsall, MT.

He began high school in Edgemont and later graduated from Newcastle High School in 1984. After graduating high school, he earned a degree in diesel mechanics from Wyo Tech Inst. in Laramie, Wyo.

After he earned his degree, Robert returned to Newcastle to work for Skinner Oil & Gas, Roger Anderson / Bill Summers Ford, and Osage Hot Oil. In addition, he worked various other jobs like logging and transport for Mark and JoAnn Boggs and driving crude trucks for Texaco Trading and Transportation. Robert was a proud member of the Newcastle Volunteer Fire Dept and a dragline operator for Black Thunder Coal Mine until his death.

On October 21, 1995, he married his love, Micole Fisher. They made their home in Newcastle, Wyoming, and on May 19, 1997, were blessed with their son, Gatlin Blake Miller, of whom they are very proud.

Having grown up on a ranch, Robert was no stranger to hard work. He loved to find things that others had discarded to create something new. If something could be fixed, Robert would find a way to fix it. He also enjoyed going to auctions, tractor pulling, fishing, snowmobiling, cutting and bailing hay, gardening, restoring John Deere tractors, and working on other special projects around the shop. Most notably, Robert and Gatlin built a John Deere Rat Rod from various tractor parts that they collected over time. And, without question, was an avid loyalist to his brand, Chevrolet.

Robert had numerous interests and skillfully mastered each one to an expert level. In every instance, Robert was generous with his time and talent, no matter who was in need. He was always willing to drop everything to lend a hand to anyone, anywhere. Robert was a one-of-a-kind, genuine person who impacted many people's lives in his unique way. He parted from us entirely too soon, but left a legacy on the world making it a better place for having lived in it.

A celebration of life will be held Saturday, January 22, 2022, at the Weston County Senior Center at 11:00 am. Fellowships and refreshments will follow.

Memorials and condolences may be sent to the family in care of Meridian Mortuary, at 111 South Railroad Ave., Newcastle, WY 82701, or expressions of sympathy may also be made online www.meridianmortuary.com.

To order memorial trees or send flowers to the family in memory of Robert Miller, please visit our flower store.