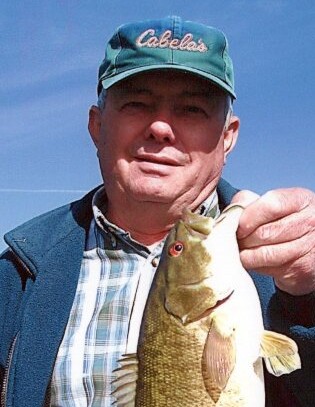 Richard Lee Gould passed away December 23, 2021, at Monument Health Hospital in Rapid City, SD, from complications after bladder cancer surgery at the age of 76.  He was born in Hot Springs, SD, on June 12, 1945, to June (Jerred) and Hershel Gould.  He was raised in the Newcastle area along with his older brother, Jerry, and younger sister, LeAnn.  Richard graduated from Newcastle High School in 1964.  His senior year, he met Barbara Hildebrand, and had a four-year romance before getting married on September 8, 1967. They stayed in Newcastle and raised their two boys, Matt and Tom.  A few days after graduation in May of 1964, he joined the National Guard and took the bus along with his friend Bob Cunningham to Ft. Leonardwood, MO. He worked at the Sikes Hiway Gas Station and at various electrical jobs.  He helped install the elevator shaft at Jewel Cave, did an electrical job at Yellowtail dam in Harden, MT, worked for Green Electric in Moorcroft, WY, and the local refinery before starting up the family sawmill business east of town with his dad and mom in 1972.  Larry joined them a year later.  After the mill closed, he worked in the oil field before going to work for Kerr-McGee Coal Corp. in 1983 where he hauled coal for almost 20 years, retiring in 2003.  Shortly before his retirement, he took time off and he and Tom built the Clutter Buster Storage Units in Belle Fourche, SD, which they later sold and the new owner now has expanded to Clutter Buster III.  He enjoyed yearly hunting trips to Jackson Hole, WY, in his younger years, with a group of friends and his dad where they camped with tents and rode horses on the hunt.  In 1981, his name was drawn for a license to hunt for a mountain sheep.  He and his friend Tom Sweet made the trip hunting the high country on horseback.  They shot their sheep and got it loaded on the horses just before dusk and had to spend the night on the side of a steep, sloped mountain in the pitch-black, listening for bears who might want late supper.  It was the highlight of his hunting adventures.  During his retirement years, he did a lot of fishing for the big one with his friends and some traveling with his wife in their camper van to Oregon, Colorado, Niagara Falls and Alaska, where he caught his halibut, the big one.  He was preceded in death by his parents; nephew Dan Stith; brother-in-law, Ron Becvar of Tyndal, SD; and sister-in-law, June Gould of Phoenix, AZ.  Richard is survived by his wife, Barb; sons Matthew (Melissa) Gould of Billings, MT and Tom (Jessica) Gould of Rapid City, SD; brother Jerry (Mercedes) Gould of Phoenix, AZ and sister, LeAnn (Pete) Kenegy of Osage, WY; grandchildren Tristan, Trenton and Kaylee Gould; sister-in-law Sharon (Don) Hauck of Tyndal, SD; brother-in-law Lloyd Hildebrand of Douglas, WY; and numerous cousins, nieces and nephews.  Richard was a member of the Gateway Fellowship Church and a memorial will go the church’s building fund.

Funeral services will be held Thursday, December 30, 2021, 10:00 a.m. at Gateway Fellowship Church,  in Newcastle.  Condolences can be sent to Meridian Mortuary, 111 S. Railroad Ave., Newcastle, WY, 82701. Condolences may also be expressed at www.meridianmortuary.com .

To order memorial trees or send flowers to the family in memory of Richard Gould, please visit our flower store.