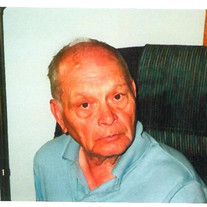 Wayne D. Burr, 92, Newcastle, passed away Sunday, December 20, 2015 peacefully at his home in Scottsbluff, Nebraska. Wayne was born May 30, 1923 in Rozet, WY to Andrew and Tessie (Garrett) Burr. Wayne was raised and graduated from high school in Rozet, WY.
Following graduation, he spent three years in the Navy during WWII on the USS Hamul. After serving his country, he attended telegraph school in Spokane, Washington. He returned to Wyoming where he began working as an agent for the CB & Q Railroad. After 36 years, he retired from the railroad in 1983.
On April 24, 1949, Wayne married Mary Lou Ellis in Sheridan, Wyoming. Together, they raised 3 daughters, Linda, Betty and Marlene. They resided in Powell, Upton, and Newcastle, WY and moved to Scottsbluff, NE in June 2015.
Wayne was a Life Member of the V.F.W. where he served as Past District II Commander. He was elected Councilman and Mayor for the city of Newcastle. He was on the Senior Citizen Board of Directors, a Silver Haired Legislator, Selective Service Board, and the Wyoming State Advisory Council on Aging. He was also a member of the First United Methodist Church where he served on various church boards.
He enjoyed gardening, walking, model railroading and collecting Hot Wheels and Matchbox Cars. His summers were spent taking his grandchildren on vacations. Many memories were made on these trips. Wayne was very caring throughout his life. He was constantly thinking of the well-being of his family.
Wayne is survived by his wife of 66 years, Mary Lou, 2 sisters, Elsie Germann of Sheridan, WY and Pauline Green of St. Genevieve, MO, his daughters, Linda (Jim) Hollis of Hurst, TX, Betty (Nick) Schmaltz of Custer, SD, and Marlene (Bob) Pedulla of MInatare, NE. His 7 grandchildren, Jimmy Hollis of San Antonio, TX, John (Leigh) Hollis of North Richland Hills, TX, Allen (Lyndsay) Hollis of Justin, TX, Roger (Deseray) Schmaltz of Clear Lake, SD, Vince Schmaltz of Sturgis, SD, Kelcy Pedulla of Mitchell, NE and Cody Pedulla of Newcastle, WY, 8 great-grandchildren, and numerous nieces and nephews.
He was preceded in death by his parents and brother, Clifford.
Everyone is invited to celebrate Wayne's life with visitation on Monday, December 28, 2015 from 10:00 am -10:45 am at Worden Funeral Home in Newcastle, WY. As a group, we will proceed to graveside services at Greenwood Cemetery. A memorial fund has been established to the Newcastle V.F.W.

To order memorial trees or send flowers to the family in memory of Mr Wayne Burr, please visit our flower store.