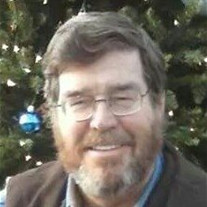 Ted F. Drake, 63, of Newcastle and Rochford, SD died unexpectedly on Saturday, May 17th at Weston County Health Services of natural causes.
Mr. Drake was born September 30, 1950 in Mitchell, South Dakota the son of Theodore and Lorraine "La Rayne" Drake. He was raised in eastern South Dakota and was a graduate of New Underwood High School in 1968. He was also a graduate of The National College of Business where he earned a Bachelor of Science Degree, Cum Laude on May 25, 1974 in Rapid City, SD. On October 16, 1984 he married Sandra Davidson in Denver, CO.
He was employed in the oil business where he was a controller of different companies before moving to Hill City, SD working at High Country Ranch and as a fireman for the Rochford (SD) Fire Department. His latest employment was with the Wyoming State Forestry Division in Newcastle, Wyoming. His favorite past times were going to garage sales, auctions and reading. He also looked forward to an annual family fishing event held on Memorial Day Weekend and pheasant hunting in the fall.
He is survived by his wife Sandra, daughters Sarah (Chris) Failla and three grandsons and Angela Drake, both of California; brothers Tim (Mona) Drake, Bob (Pam) Drake; Sisters Kerrill (Joe) Morrison, Kay (Herb) Shadewald, Lisa (Dennis) DeKraai; Robert Fritz and family; Sandra's family and many friends.
Memorial services were held at 2:00 PM Tuesday, May 20th at The Assembly Of God Church with Pastor Norm Brotzman officiating. Memorials to The Gideon Society or Boys and Girls Missionary Challenge. Persons wishing to contribute may send their contributions to Assembly Of God Church, 216 South Seneca Ave., Newcastle, WY 82701.

To order memorial trees or send flowers to the family in memory of Mr Ted Drake, please visit our flower store.