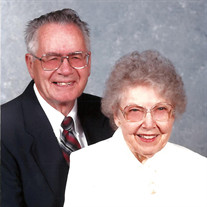 Marjorie Ruth Wike Giffin (Margie) was born on October 2, 1929 - the only child of hardworking Cannon Mills employees Ada Estelle Millsaps Wike and Clayton Roosevelt Wike. Despite being born at the onset of the Great Depression, Margie had an idyllic childhood in Kannapolis, NC, thanks to her father's ingenuity - "Clayt" (Trader, as he was known) Wike ran the first mobile grocery store in Kannapolis - all while holding down his Cannon Mills job. This provided Margie the ability to graduate from High School with honors, and attend both Furman University and Wingate College earning a Bachelor's degree from each. Furthering her education, Margie studied for and attained her Master's Degree in Education from Southwestern Baptist Theological Seminary in Fort Worth, Texas, where in 1953 she met her husband (Reverend David Lloyd Giffin), in jail! Margie and David were both students at Southwestern participating in the school's robust prison ministry. Margie met the love of her life doing God's work, and remained his loyal partner from 1955 until David passed away in 2012, ending 57 beautiful years of marriage. Margie and David were both Public school teachers in North Carolina and Virginia for over 30 years while David was a Full-time Baptist Minister. Margie played an active role as a Pastor's wife - leading Women's Missionary Union groups and Lottie Moon Missions offering drives throughout the South. In their lives, Margie and David devoutly served the First Baptist Church and Zion Hill Baptist Church in Fincastle, VA, Ross and Bethany Baptist Churches in Windsor, NC and Hartland Baptist Church in Morganton, NC. Margie and David spent many summers crossing the country to visit family in Wyoming, often taking their (surviving) nieces Nancy (Giffin) Bohannon, Jeannie (Thompson) Gainer, Bonnie (Thompson) Schreiber, Marjorie (Thompson) Beacham and nephews Don Giffin and (the late) Roy Thompson in tow. In 1973 Margie gave birth to her only child Clayton (Clay Giffin), who survives her and resides currently in New York City. Margie and David raised Clay primarily in the Brushy mountains of Morganton and Lenoir North Carolina, and they ultimately retired to Margie's family farm in Hiddenite, NC, in 1995, until moving to Newcastle in 2012. Margie passed away painlessly, quickly and peacefully of natural causes in the mid-morning on Wednesday, January 4th, 2017 under the caring, capable and watchful eyes of the employees at Weston County Manor in Newcastle, Wyoming. Margie leaves behind many friends and cousins in Virginia and North Carolina. She is preceded in death by her parents and husband. Her sole survivor is her son Clay. Services to be held Monday, January 9 at 1pm at Osage Community Bible Church, 348 Sheridan St., Osage, WY. Internment to follow at Upton cemetery. Worden Funeral Directors of Newcastle are in charge of arrangements.