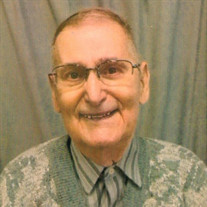 Ray O. Dare was born February 18, 1929 on a homestead in the Clareton area, Weston County, Wyoming the son of Morton and Leeva York Dare. Ray was educated in Newcastle, Wyoming graduating from Newcastle High School in 1947. He was employed at various jobs in Newcastle including Updike Broths until 1955. He then moved to California and worked at several refineries and chemical plants until working for the department of Defense for twenty one years, retiring in 1989. At this time he moved to Athol, Idaho. Ray died March 8th at Weston Manor Nursing HOme in Newcastle.
He enjoyed building, fixing and repairing almost everything. He also loved painting doing several hundred oil paintings in his lifetime.
In 1957, he married Katherine Gunderson, they were later divorced in 1966.
Survivors include step daughters, Louise Konakis and Loretta Girton both of California; also surviving are numerous nephews and their children. Four step granddaughters and their children.
He was preceded in death by his parents, half sister Ethel, and brothers Woodrow, William, and Ivan Dare, sister June Barker.
Ray was a member of Eagles Aerie #486 of Cour D' Alene, Idaho.
Funeral services will be Thursday, March 16th at 2:00 PM at Worden Funeral Chapel in Newcastle with Rev. Mick Bohn of the Newcastle Foursquare church officiating. Burial will follow at Greenwood Cemetery under direction of Worden Funeral Directors of Newcastle.

To order memorial trees or send flowers to the family in memory of Mr. Ray Dare, please visit our flower store.