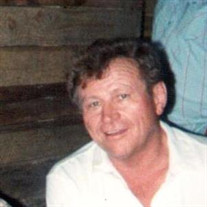 Peter A. Kaiser, 79, joined the Lord on January 4th, 2017 at St. Mark's Hospital in Salt Lake City, Utah. Pete was born in Erlangen, Germany where he met his bride Maria. At the age of 19 he moved to the United States where he took up residency in Wyoming. Pete started worked in the oilfields on drilling rigs. He worked long hours throughout the years and learned the business from the bottom up. During his career Pete and his partners successfully owned and operated several oil well drilling companies and eventually expanded in oil well production.

Pete passed on his hard working ethics to his children. Pete's favorite saying was "There is No Can't" and will be forever remembered by his children. They are very proud of their father and his accomplishments.

Pete had four children, Angie, Sonya, Peter, Jr. and Whitney. He was very proud of all of them. Pete is survived by his grandchildren, cousins, nieces, nephews and a brother. Pete was preceded in death by his parents, sister, two brothers, a grandson and a grand daughter.

He will be sorrowfully missed by his family and friends.

To order memorial trees or send flowers to the family in memory of Mr. Pete Kaiser, please visit our flower store.