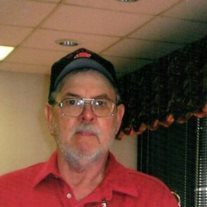 James Charles "Jim" Norris was born in Hot Springs, SD June 20, 1939 at home. He was the fifth child and second boy born to William and Anna (Sheldon) Norris. Jim lived with his family in Hot Springs, SD until the age of 5 when the family moved to Upton, Wyoming. He went to school in Upton and worked for many of the ranchers.

Jim went into the United States Marine Corp. at the age of 18 and spent four years. He was honorably discharged. He was a civilian for about six months before going into the United States Air Force for the next twenty years. He was united in marriage to Harriett Estell Swartz on December 11, 1965 at Missoula, Montana. They were just one year shy of their golden wedding anniversary.

As a career military man, he went to Vietnam as an original Red Horse man. He was stationed on Puerto Rico, Turkey, Alzada and Great Falls, Montana which was where Harriett put down her tap root for seventeen years with him. They both moved to Upton after retirement and he became a contract pumper in the oilfield.

He belonged to several military organizations including the Disabled American Veterans. As an original Red Horse man he was able to attend their reunions the last ten years of his life. It was a tremendous enjoyment for him.

He was totally disabled the last seventeen years of his life but was able to enjoy all but the last few years in part because of his Biddy Buggy and friends.

The family would appreciate memorials to Sharon's Home Health and Treasured Memories Hospice in lieu of flowers.

Survivors are his wife Harriett Norris of Upton, WY and sisters Pat Ryan of Hanna, WY, Fegee Vondra, Upton, WY; a sister in law Shirley Kieckbusch of Billings, MT; many nieces, nephews all special including Karina Hartford in billings, MT and great nieces and nephews.

He was preceded in death by his mother, father and brother Elbert Norris, sisters Mary Barton and Annie Norris.

A celebration of life will be at 10:00 AM Saturday, February 8th at the Upton Community Center. Inurnment will be at a later date at Black Hills National Cemetery near Sturgis, South Dakota.

To order memorial trees or send flowers to the family in memory of Mr. James Norris, please visit our flower store.