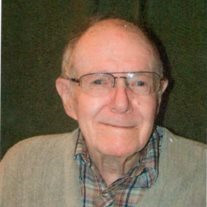 He was born January 18, 1922 at Vandalia, Missouri the son of Leslie and Dela (Nation) Williams. He attended school through the eighth grade before enlisting in the United States Marine Corp. in which he served from 1942 to 1945. On June 6, 1951, he married Alice Louise Sewell at Billings, Montana. His earlier years were spent owning and driving trucks. Later he sold insurance until the time of his retirement.

Dave was a member of Weston County Volunteer Firefighters. Mr. Williams was known for his love of gardening, cutting firewood, golfing. He was a great father and grandfather.

Preceding him in death was his wife, parents, four sisters and one brother.

To order memorial trees or send flowers to the family in memory of Mr. David Williams, please visit our flower store.