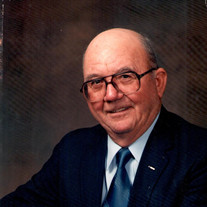 Charles William Bartlett, 93, of Newcastle passed away quietly on August 3, 2014 at the Deseret Health and Rehab Center in Saratoga, Wyoming.

Charles was born on June 22, 1921 in Lincoln, Kansas, the son of Riley and Lillie Bartlett. He had eight brothers and two sisters. His parents homesteaded in Kansas and then moved back to Missouri when he was 1½ yrs. old.

He started in the service in November of 1939 and served in Hawaii from 1939-1942. Charlie was at Pearl Harbor, Dec. 7, 1941 where he received a Purple Heart. He was a mechanic and crew chief and later a top turret gunner engineer. He flew to England in February of 1944 where he flew 30 combat missions over Europe. He returned to the states in August 1944 and went to Ardmore, OK as a combat crew instructor where he completed the rest of his duty. Charlie received the bronze star, Purple Heart, Distinguished Flying Cross, Air medal with 4 bronze oak leaf clusters, Asiatic-Pacific Theater Campaign Ribbon, American Theater Ribbon, American Defense Service Ribbon, European-African-Middle Eastern Theater Campaign Ribbon and 5 overseas bars.

Charlie went back home to the farm in June of 1945. He started Parks Air College in October of 1945. In 1946, he went to Pella, IA and finished flight instructor training. He worked at the Pella airport for a couple of years. Then he ran the airport for about 5 years. Charlie met Helen Keever while he was working at the airport. They were married on Nov. 14, 1947. They moved to Newcastle, WY in 1960. They had four children: Marilyn, Thomas (Tom), Carolyn and Charles (Chuck).

Charlie was a flight instructor and mechanic at the Newcastle airport. He worked for Tom Seeley until 1966 then ran the airport from 1966 to 1972. He worked for Johnston Fuel Liners flying their airplane from 1963 until 1980 and then as a mechanic until July of 1986. He had one accident in 42 years of flying. Charlie had over 10,000 hours of flying time with 6,000 hours from being an instructor.

He was preceded in death by his wife, Helen, his son, Tom, and grandson, Heath.

Funeral services will be held at the Worden Funeral Chape;, 111 South Railway Avenue, Newcastle on Saturday, August 9th at 10:00 AM. Burial will follow at Greenwood Cemeteryi in Newcastle. Visitation will be from 5:00 PM to 7:00 PM Friday, August 8th at Worden Chapel.

To order memorial trees or send flowers to the family in memory of Mr. Charles Bartlett, please visit our flower store.