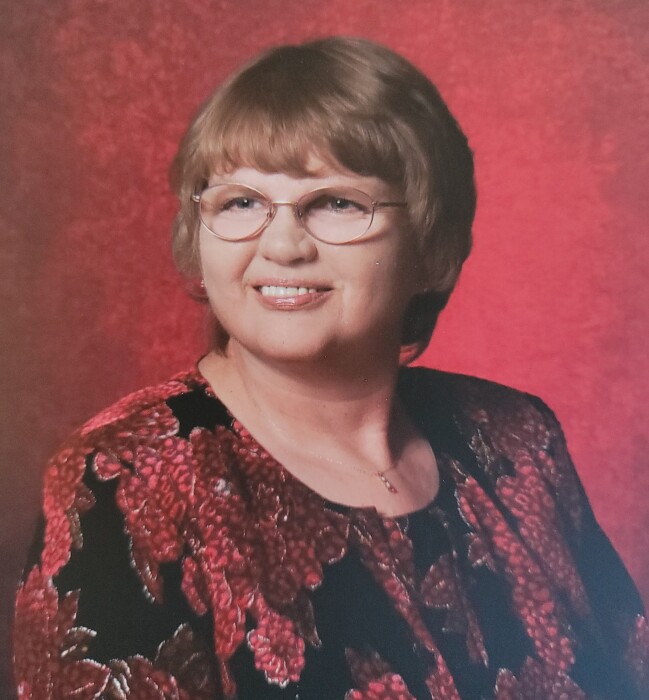 Martha Ann Stubbart Butts was born November 5, 1953 to Veryl and Hazel Stubbart in Independence, MO. She was raised on a farm in rural Missouri and graduated from Adrian R III School in May 1972. After graduation, she lived in Ponca City, OK until 1974 and then moved back to Missouri where she lived in Butler until 1980. In 1980 she moved to Alva, WY where she began working a few miles away at Neiman Sawmill in Hulett, WY. While she was working at the sawmill, she met the love of her life, Leslie Leroy Butts and they married on November 7, 1981. Leslie brought into the marriage 3 children: Joyce, 8, Justin, 2, and Jon, 2. A few years later Genie came along in 1985 and Charlie in 1987. After they were married Martha and Leslie moved to Newcastle, WY where they raised their 5 children and built their home. In the 80’s and 90’s Martha worked at different places in town. In the 90’s she began her career in banking at Pinnacle Bank where she worked for 10 years. In the early 2000’s she began working at First State Bank where she retired. She worked 25 years in banking and truly loved what she did. It was always reflected in her bright smile. Her friends and customers at the bank would tell you that she always had a smile and maybe even a joke. Martha always loved deeply and through the years her house and heart were always open to the straggle of extras her kids brought through. In January 2012, she was diagnosed with Multiple Myeloma and fought a courageous battle for 9 years. Martha was a proud member of the Daughters of the Nile as well as Worthy Matron for Eastern Star Number 30.

In lieu of flowers, the family requests donations be made to Eastern Star.

To order memorial trees or send flowers to the family in memory of Martha Butts, please visit our flower store.