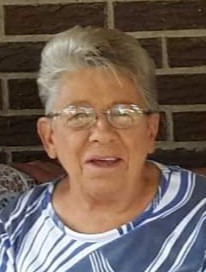 Karen Lee Krause, age 79, passed away peacefully and pain free on September 27, 2021.  She was born on December 17, 1941, in Sheboygan, WI, to her parents, Gilman and Gertrude Ulrickson.  The family left Sheboygan not long after she was born and returned to their roots in Benson, MN, where they continued to have a family of 7 girls; Anna Marie, Karen Lee, Sara Dee, Linda Kay, Kristin Faye, Vickie Rae, and Georgia Mae rounded out the group.  The girls were all involved when Gilman would follow his heart, and love of horses, and partake in events with the DeGraff Riding Club in the neighboring town of DeGraff.  A few years later in 1954, the family packed up and moved to Larkspur, CO, to a place known as “The Homestead.”  All the girls attended Larkspur Grade School (grades 1-8), and then Douglas County High School in Castle Rock, CO, where they all graduated.  From there, Karen found and met Richard Harman, and they were married January 1, 1960.  To this union came three daughters: Kathleen Kristin, Tammy Jean and Rhonda Renee.  They lived in Thornton, CO, where Karen worked as a waitress.  In 1969, they divorced. A few years later, Karen met and married Ronald Fagan.  Together, they moved to Westcliffe, CO, where they ran the Lake DeWeese Lodge and Bait Shop. They enjoyed the mountains and valley life.  They had one daughter, Kristie Lee.  Karen and Ron later divorced, and Karen continued to reside in Westcliffe, where she had many friends. While working in Westcliffe, Karen met Russell Krause and started a life together and time passed.  Tragedy struck and a car accident took the life of Karen’s daughter, Rhonda, in Westcliffe, June of 1982.  Later, she and Russell moved from Westcliffe to Larkspur,  where they began a life together in the country.  They were married in 1985.  Karen returned to her country roots and love of animals.  Together, they had cattle, horses, and other small animals. She enjoyed being outside and taking care of EVERYTHING!  Many of Karen’s friends would know that if you needed to “get your ducks in a row” or needed the cold, hard truth: Karen was your “go-to” lady.  She was a fair, but stern, woman of faith.  Once she gave you her word, you could live by it, as her integrity and strength would make sure she was good for it.   Russell and Karen later moved to Calhan, CO to a location with more acreage for the animals.  Karen purchased a team of Belgian draft horses from a childhood neighbor and began training them for hayrides and parades.  This lead her, Russell,  and Kristie to an involvement in the “Days of Yesterycar” club where lifelong friendships were made.  Karen also worked for the postal service, but eventually bought a restaurant in Ellicott, CO, which she named Circle KR Restaurant.  Upon retirement, Karen and Russell moved from Ellicott to Wheatland, WY, where Karen stayed busy doing part time restaurant work and laundry services for people. Karen and Russell were married 34 years when Russell passed in 2019, and again, a new opportunity arose in moving to Newcastle, WY to be by family.  Karen was blessed with 6 grandchildren and 8 great-grandchildren.  She is survived by her sisters Anna Marie Trueblood and Kristin Faye Cutbirth; her children Kathleen Secora, Tammy Harman and Kristie Pearson; grandchildren Chad Miller, Branden Miller, Kira Wolcott, Jess Lorenz, Wade Regan, and Dalton Henderson; great-grandchildren Robert Miller, Presley and Pierce Wolcott, Saige and Stetson Lorenz, Karter Boyer, Kali Martell, Kourtlyn Regan and many other additions who were loved immensely!  Graveside services will be Saturday, October 9, at 11:00 a.m. at Rosita Cemetery in Westcliffe, CO. Please plan to stay for a luncheon after the service and bring you favorite memory of her to share with us.

To order memorial trees or send flowers to the family in memory of Karen Krause, please visit our flower store.