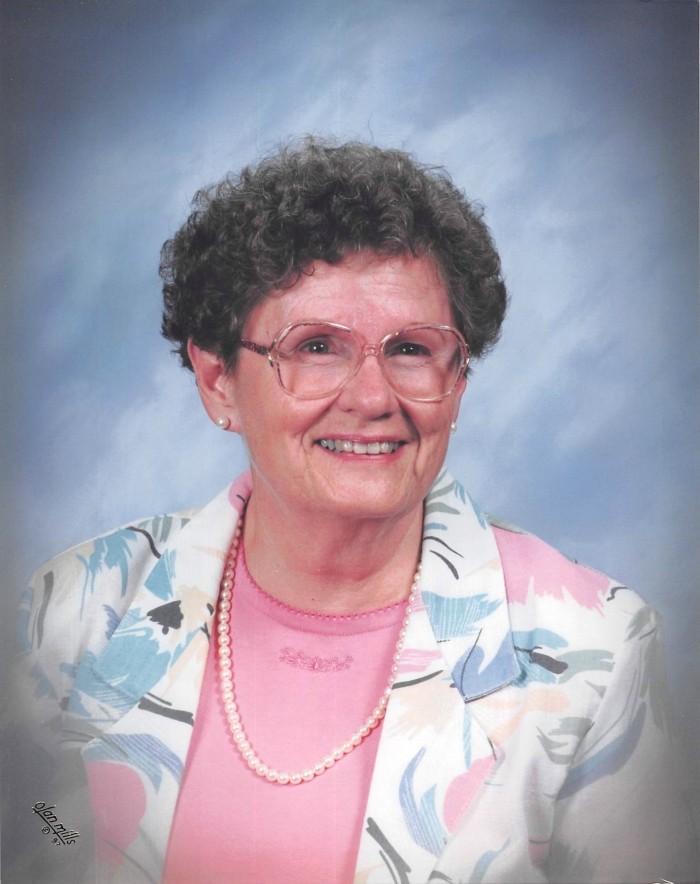 Josephine was born October 11, 1929 at Recluse, Wyoming to Joseph William and Lula Belle (Howard) Magnusson. She was born at home. She joined siblings; Beulah, Calvin, and Arlene and later welcomed her younger siblings, Jack and Arrilla. She attended country school until her 7th grade year when the family moved into Gillette. This is when she met her long-time best friend, Verna Mae (Thomas) Hays. Her poetry writing began as a 10-year-old! She graduated from high school in Gillette and then attended Normal Training in Spearfish, South Dakota. She returned to Campbell County where she taught five years in country schools. She also worked in a bank in Gillette. She worked in the ASCS Office in Sundance where her boss (Jim Morris) set up a blind date between Jo and his best friend Glenn Fulton. That was the beginning of a wonderful relationship! They married on June 30, 1957. They lived out of Upton on Fiddler Creek on the Fulton ranch. Their son William Glenn was born on March 22, 1958. In the summer of 1962, they moved closer to Glenn’s parents to help with the ranch. On November 24, 1962 Bonnie Jo was born.  Jo went to work at the Upton Post Office, where she worked for many years and retired from there in the fall of 1988. She was very active in many organizations over the years. She was a 4-H member then later became a leader and continued leading until after her grandkids, (Danny, Kenny and LeAnn Whitney) were all through their 4-H years. She was active in Homemakers where she received the Quealy Award (which is a special honor for homemakers). She was a member of the Fiddler Creek Social Club, Farm Bureau, Eastern Star and Beta Sigma Phi. She was named Upton’s Poet Laureate and published two poetry books. (Fulton’s Folly and Homemade Poetry From A to Z).  Jo loved to do many creative activities such as writing poetry, pastel artwork, knitting, crocheting, embroidering, cooking and baking. Glenn passed away after a battle with cancer in 1976, but Jo, Bill and Bonnie Jo continued to ranch on the Fulton homestead. Jo eventually moved to a house in town. A highlight for her was becoming a great grandma in the last few years, when Emmett and Lucy Whitney joined the family. The family request that memorials be made in Jo’s name to benefit the Upton Ambulance and the Upton Senior Center. Memorials and condolences may be sent in care of Meridian Mortuary 111 South Railroad Ave, Newcastle, WY 82701. Condolences may also be expressed at www.meridianmortuary.com

To order memorial trees or send flowers to the family in memory of Josephine Fulton, please visit our flower store.