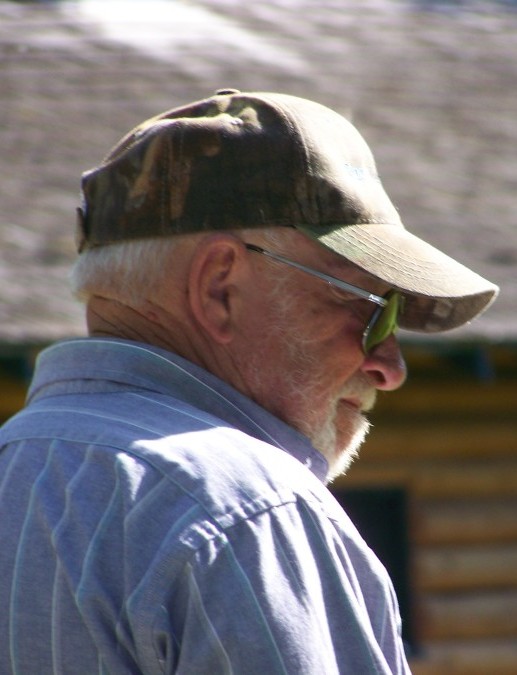 Memorial services for Jim Earl Eutsler will be at 1:00 p.m., Friday, April 19, 2019 at the Kitty Moats Complex in Osage, Wyoming. Jim passed away at the Weston County Health Services in Newcastle, Wyoming on April 16, 2019 at the age of 82. Jim was born to Joe and Hazel Eutsler in Manville, Wyoming. He was the third youngest of twelve kids that lived on a homestead in Little Lightning Creek outside of Manville, Wyoming where they worked the farm. While he was still in high school he joined the National Guard from 1953-54. Once he graduated he joined the Army from 1954-60 and served from 1960-63 as a corporal in the Marines ending his ten-year duty to his country. Jim spent the next 50 years or so working the oil patch providing for his family. He retired at the age of 76 in 2013. Jim is survived by his wife of 55 years, Inez Eutsler of Osage, Wyoming; his two daughters Robin (John) Henwood of Upton, Wyoming; Donna (Mike) Schwartzkopf of Casper, Wyoming; and one son Jim Eutsler Jr. of Osage, Wyoming; sisters, Betty Truman and Billie Arnold and brother, Bob Eutsler; five grandkids Craig(Ann) Eutsler; Joanna Henwood; Travis Kennedy; Tad Schwartzkopf; Ty(Briana) Schwartzkopf; and Aaliyah Eutsler; six great-grandkids Dylan, Faith, Savannah, Bekah, Ashley, and Aiden. Preceded in death by his parents, Joe and Hazel; four sisters, Orabelle; Mary; Bertha; and Pat; four brothers, Charley; Tom; Ted; and Dick. In lieu of flowers the family request that memorials be made in memory of Jim Earl  to benefit Osage Ambulance Service. Memorials and condolences may be sent in care of Meridian Mortuary 111 South Railroad Ave, Newcastle, WY 82701. Condolences may also be expressed at www.meridianmortuary.com

To order memorial trees or send flowers to the family in memory of Jim Eutsler, please visit our flower store.