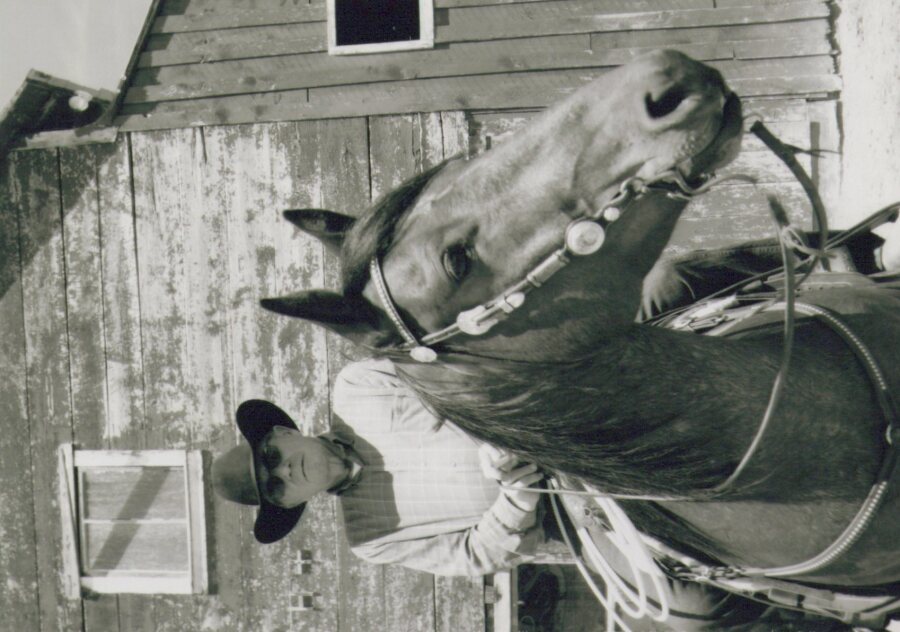 Another Cowboy rides away.  Jack Grieves rode into eternity on December 20, 2021. He will join Joanne, a celebration to be sure. He missed her cooking and her companionship.

Jack was born April 21, 1932, to James (Kits) and Madeline Grieves, in Newcastle, WY. He was raised on the family ranch and was joined by a brother, Tom Grieves, in 1946. Jack married Joanne Dee Shrull in Newcastle, December 5, 1955. He had originally asked her identical twin, Jeanne, out on a date. The twins loved to substitute for each other and mix things up. After going out with Joanne, Jeanne became an afterthought, and the partnership of Jack and Joanne was born. Cows, horses, and ranching became their passion.

Jack and Joanne raised their two sons, JD and Chuck in true western fashion. The Grieves Ranch was a true love endeavor. Hard work, long hours, and Jack’s tenacious talent made for a successful ranch operation.

Fun was not in short supply on the ranch. Many roping clinics and 4H activities were enjoyed. The bunkhouse was always full of extras who raved about Joanne’s cooking and hospitality.

Jack’s teaching ability helped many horseman. He had the uncanny ability to break down an event and put it in simple terms. Jack was a phenomenal horseman, and cattleman. He was true cowboy to the core. If it didn’t involve a horse or a cow Jack showed little interest. He loved the gossip and was forever on the phone.

Jack loved hard and was a softy at heart, his family was his everything. His wife, kids, grandkids, brother, nieces, and nephews were his world. Oh, and don’t forget there might have been a horse or two and a few dogs on that list.

In lieu of flowers the family would appreciate donations to the Weston County Humane Society.

To order memorial trees or send flowers to the family in memory of Jack Grieves, please visit our flower store.