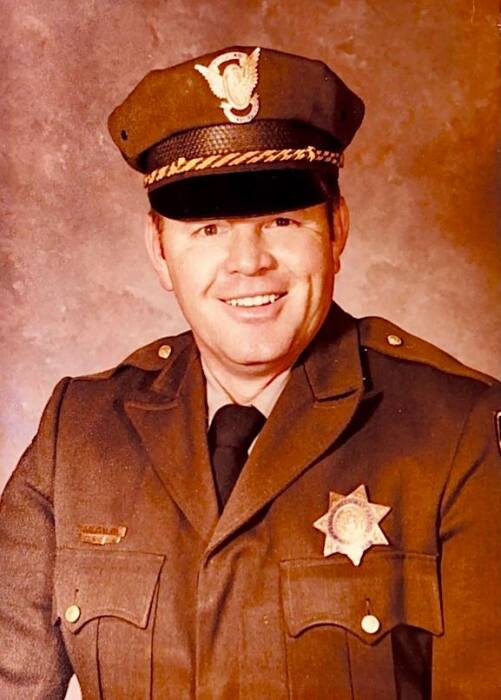 Guy was born in Worland, Wyoming to Woodrow and Hattie Tolman on September 13, 1941.  He attended school in Montana and Wyoming. After graduation, he joined the United States Air Force where he was stationed in North Dakota, Alaska, and Hawaii as a military policeman.  After leaving the Air Force, he joined the Wyoming Highway Patrol where he worked as a patrolman for 29 years.  After a short retirement, he joined the Weston County Sheriff’s Department for 12 years. He married the love of his life, Beverly Okray on October 9, 1966 in Gillette, Wyoming. Guy was the father of three amazing children Steven Tolman, Mark Tolman, and Tanya Seeds (Tolman).  He was the grandfather of seven grandchildren Riley, Sam, Grace, Tegen, Emma, Luke, and Ellie.  He loved his two dogs Button and Snap.

Guy is preceded in death by his parents, Woodrow and Hattie Tolman; son, Steven Tolman; and brother, Mike Tolman.

In lieu of flowers, the family is requesting donations be given to the Veteran’s Administration of the Black Hills at Fort Meade in memory of Guy Tolman.

The family of Guy Tolman wishes to extend our sincere thanks to his friends and neighbors for their loving support during this difficult time.

To order memorial trees or send flowers to the family in memory of Guy Tolman, please visit our flower store.