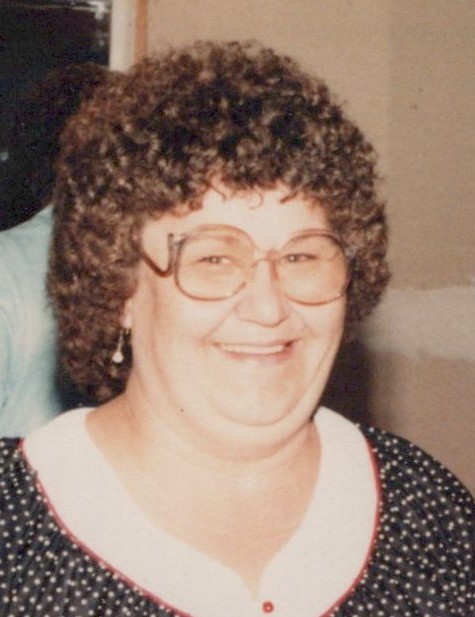 Gloria Jean Lachelt was born February 4, 1944, in Glenwood, Pope County, Minnesota to Walter Emil Lachelt and Julia Doris (Martin) Lachelt.  She attended school in Minnesota until they moved to Provo, South Dakota. When her mother married Ted Birdsall they moved to Igloo, SD.  She attended Provo High School in Igloo and graduated from there in 1962.

Gloria spent most of her life as a homemaker, babysitting and taking care of her garden; be it a big vegetable garden or her many beautiful plants in the yard. Gloria was active in the “The Happy Homemaker’s” extension club from which she made many lifelong friends.   Gloria loved to can, and put up many, many jars of vegetables, fruits, pickles, homemade jams, jellies and preserves as well as most any meat that she needed to preserve.  She entered the County Fair with her baking goods and canned goods for many years, most of the time bringing home the best in show ribbons.

Gloria was an avid cook and created her own cookbook from her favorite recipes and sold them to any and all who wanted them.  She sold so many that she had to send it back for a second printing of another 200. Gloria entertained the family for Christmas serving 45-50 people each year and was always looking forward to the next family gathering.

Gloria was a very good salesperson, and in her younger years sold Sarah Coventry Jewelry and Stanley products.   She worked as a bartender at the Lamplighter for several years, then at the Bronco Bar after the Lamplighter closed. She had a love for music and a beautiful voice and would entertain with her singing and guitar during her work at the Lamplighter and Bronco.

Funeral services will be held Saturday, March 26, 2022, at 10:00 am at the Church on the Hill in Newcastle, WY with Pastor Wayne Wilson and Pastor Todd Olson presiding.  Burial will be at the Pringle, SD cemetery following a luncheon.

Memorials have been established to the Weston County Humane Society and the Newcastle VFW Post # 2516. Please write your checks out to your chosen charity mentioning “in Gloria’s memory” in the memo line.

Condolences and memorials can be sent to Meridian Mortuary, 111 S. Railroad Ave., Newcastle, WY, 82701. Condolences may also  be expressed at www.meridianmortuary.com .

To order memorial trees or send flowers to the family in memory of Gloria Grummons, please visit our flower store.

Church on the Hill