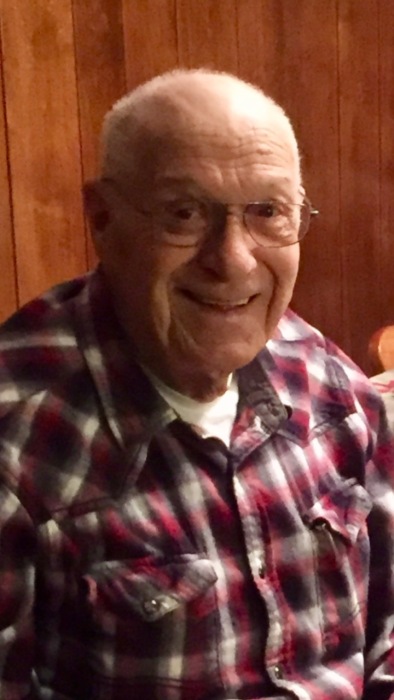 A celebration of life for Fred Weibert will be held at 2:00 pm on the afternoon of July 13, 2019.  The celebration will be hosted at the Upton Community Center. Fred Weibert age 89, passed away July 4, 2019 at Weston County Health Services

Fred was born on August 13, 1929 at the family home in Big Horn County, Montana to Henry and Mary Weibert.  He was the second youngest of nine children. He spent his early years roaming the Reno Creek area on a multitude of adventures.  He learned to work hard, work smart and play hard.  He had to grow up and be responsible for the family ranch when his father passed away; he was only 16.

Jan. 2, 1949 he married Doris Harris of Lodge Grass, Montana and began a life ranching, farming and working as a spray pilot on Reno Creek. They moved to Custer, South Dakota to the 20-mile Ranch in 1965. They moved to Wibaux, Montana and owned and operated a hog confinement from 1971-1973.  He then returned to Hermosa, South Dakota and operated various ranches until retiring to Upton, Wyoming.

He raised crops, kids, cattle, buffalo and spent lots of time with his nine grandchildren. His nieces and nephews were also dear to him.  He was always adventurous and willing to take risks.  He worked as an agricultural aerial spray pilot and also did cloud seeding. He was an excellent pilot and he loved the view of the world from above.  He also spent time “touring” the United States as an over the road truck driver. There was always livestock to care for and he especially loved raising buffalo. He was a taskmaster expecting your full attention, but he was alright with mistakes if they were honest. He knew how to fix anything and would give directions while drawing them out on his paper napkin for you.  He was a trickster, constantly thinking of the next joke to play. He loved to hunt and be out looking for game. He took every opportunity to go hunting and his hunting buddies were always considered family.  Later, his friends in Upton were referred to as the “Liars Club” and he would often tell his funny stories with a twinkle in his eye.

He is survived by his wife of 70 years, Doris, children Fred (Jonilee) Weibert, Marguerite (Steve) Cullum, and Judy (Ron) Kosola.  Nine grandchildren and their spouses were proud to have shared in his life. The next generations were only graced to have known him for a short period of time, but they will be touched by all of the things he taught the generations today.

In lieu of flowers, memorials may be made to the Upton Ambulance Service. Memorials and condolences may be sent in care of Meridian Mortuary 111 South Railroad Ave, Newcastle, WY 82701. Condolences may also be expressed at www.meridianmortuary.com

To order memorial trees or send flowers to the family in memory of Fred Weibert, please visit our flower store.