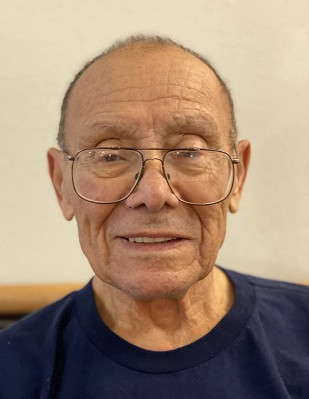 The third of six children, Frankie was born on October 4, 1931, in Edgemont, S.D  to Ascension and Eleonor Gallegos Esquivel. He spent his early years on farms in Nisland and Newell S.D. and his school years in Belle Fourche SD, developing a love for fishing and hunting. Frankie joined the Army National Guard during the Korean War. He was first stationed at Fort Carson, CO and then went to Alaska, serving as a Combat Medic. After honorable discharge, he returned to Belle Fourche and went on to work at the LaBelle Creamery.

Frankie married Phyllis “Sally” Jones in Miles City, Montana on September 1, 1953.  Together, they had four sons; Mickey Lee, Douglas Ray, Ronald Frank and Mark Allan. In 1961, after the family had lived in Belle Fourche (and for a short time in Rapid City), they moved to Upton, WY. Frankie began work there at the Jones Truck Stop and then went on to work as a lab technician for American Colloid Bentonite Company. In 1973, while staying with American Colloid, the family relocated to Lovell, WY where he was promoted to Assistant Plant Manager. He later would work a similar position for Wyo-Ben Bentonite, also in Lovell, WY. He retired in 2001 and returned to Upton to be closer to family.

Frankie spent much of his time with family, hunting and fishing. He particularly loved fishing and camping with his grandchildren each summer. He was an avid gardener, something he’ll always be remembered by, and enjoyed yard work, always ensuring to keep the yard well groomed.

Frankie is survived by and will be missed by his wife of 69 years “Sally”; by his sons, Mickey Lee (Carmen), Douglas Ray (Constance) and Mark Allan; daughter-in-law, Kim Esquivel; five grandchildren and five great-grandchildren; sister, Theresa Davies; and many special nieces and cousins.

He was preceded in death by son, Ronald Frank; daughter-in-law, Susan Esquivel; his parents; two sisters and two brothers. He was very loved and will be missed dearly!

Funeral services will be May 28, at 1:00 p.m., graveside, at Greenwood Cemetery in Upton, with a reception to follow at Sunset Amigos.

To order memorial trees or send flowers to the family in memory of Frankie Esquivel, please visit our flower store.