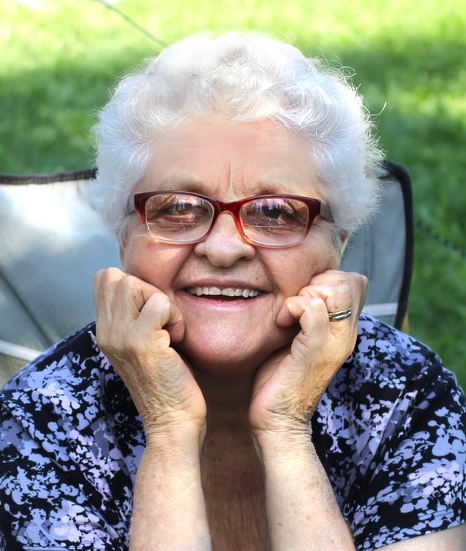 Esther went to be with her Lord and Savior on February 2nd at her home where she succumbed to dementia.


Esther was born at the Ayers Hutterite Colony west of Grass Range, MT, to Paul and Mary Stahl as the first of nine children. Esther lived in the colony throughout her childhood, and accepted Christ as her savior as a teenager. She began to witness to others about her faith immediately and never deterred in sharing Christ. After helping with vacation Bible schools and camps as a young adult, she left the colony at age twenty-four to attend Prairie Bible Institute in Alberta, Canada. After a year at Prairie, she transferred to Living Faith Renewal Center near Caroline, Alberta. Esther loved to sing and worship and taught herself how to play guitar. The Bible school gave her a guitar for graduation which she used for decades to bless herself and others, often leading worship at church, in home groups, gatherings, and with family. She had the unique ability to remember nearly every song she had sung and knew every popular hymn, uncounted worship songs, children’s songs, and secular songs. She was the music center of her home.


After Bible school, Esther moved to Billings, MT and worked in a childcare center while studying nursing. It was in Billings that she met the love of her life and her future husband, Bill. She and Bill were married in 1977, and were together for forty-three years, until her death. They raised four daughters, moving from Billings to Bridger, MT and then to Newcastle, WY. Esther loved gardening and raised many flowers and vegetables at home, being a member of the Newcastle Dirt Daubers Garden Club.


Esther loved to laugh and be silly and many people loved to be around her just because she lifted their spirits and gave them happiness. At the same time, she never lost her passion to tell people about her faith, to witness to what Jesus meant to her, and to pray with and bless those who were sick or hurting. She was a dedicated participant of her church family. Her second passion and love were her family and she equally loved every one, from daughters and sons-in-law to grandchildren to extended family. And, beyond family, she loved and blessed many, many, friends. Esther was a faithful wife, mother, grandmother, and sister to any who needed love.


A public wake will be held at the Taylor home Thursday and Friday, February 4 & 5, 11:00 a.m. to 7:00 p.m. at 3306 Stirrup St. and funeral services will be conducted at Church on the Hill in Newcastle on February 6th. Check Church on the Hill Facebook page for a time or to view the service live stream. Inurnment will be in Newcastle Greenwood Cemetery.

To order memorial trees or send flowers to the family in memory of Esther Taylor, please visit our flower store.

Church on the Hill