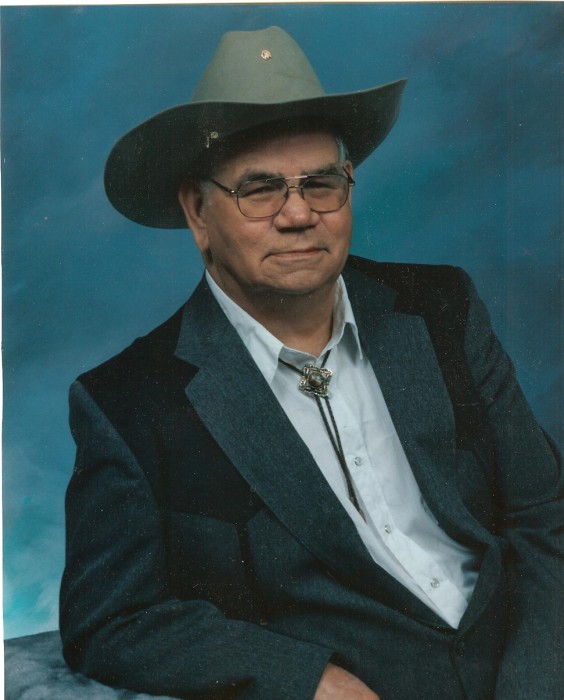 Memorial service for Edgar Cook will be held at 1:00 p.m., Friday, October 25, 2019 at VFW, Newcastle, WY. Edgar L. Cook, son of Fred Miller Cook and Chloa Luella (Draper) Cook, was born on August 28, 1935 in Rural Weston County, Wyoming. He passed away on October 20, 2019 of natural causes. He attended school in Newcastle, WY. His family moved to Newcastle, in August of 1939. He married Wilma Grace Preston on July 12, 1954 in Rapid City, SD. Edgar joined the US Marines in April 1954. He was injured in Korea and honorably discharged in 1955. After returning home, he worked as a truck driver; over the road from sea to sea and Canada to Mexico and locally. He resided in Wyoming, Colorado, Nebraska, and South Dakota. He retired from truck driving in 1989 and lived in Osage, WY until the time of his death. His grandchildren thought he was a great story teller; and he had a nickname for all his children. He always had candy in his pockets for the grandkids to find. Edgar enjoyed retirement with his wife and all the animals they had. His wife Wilma of 40 years passed away in 1994. Edgar lived with his son Ken for 15 years, helping raise his grandchildren and great-granddaughter. Edgar is survived by sons, Calvin (Janice) of Buffalo, WY; Todd (Gail) of Box Elder, SD; Kenneth of Osage, WY; brother, Calvin Cook of Minatare, NE; grandchildren, Kelly (Jamie) Milliken, Jennifer (Shane) Palmer, Bradley Cook, Amber Cook, James Cook III, Christopher Cook, Grace (Guillermo) Alonso; great-grandchildren, Skyriena, Alicia, Chloe, Connor, Logan, WillO and Avery. He is preceded in death by his parents, Fred and Chloa Cook; wife, Wilma; brother, Sam Cook, sisters, Abba Oyler and Wauneta Cook; grandson, Matthew Cook; and son, James Cook, baby boy. In lieu of flowers the family request memorials be made in Edgar’s name. Memorials and condolences may be sent in care of Meridian Mortuary 111 South Railroad Ave, Newcastle, WY 82701. Condolences may also be expressed at www.meridianmortuary.com

To order memorial trees or send flowers to the family in memory of Edgar Cook, please visit our flower store.