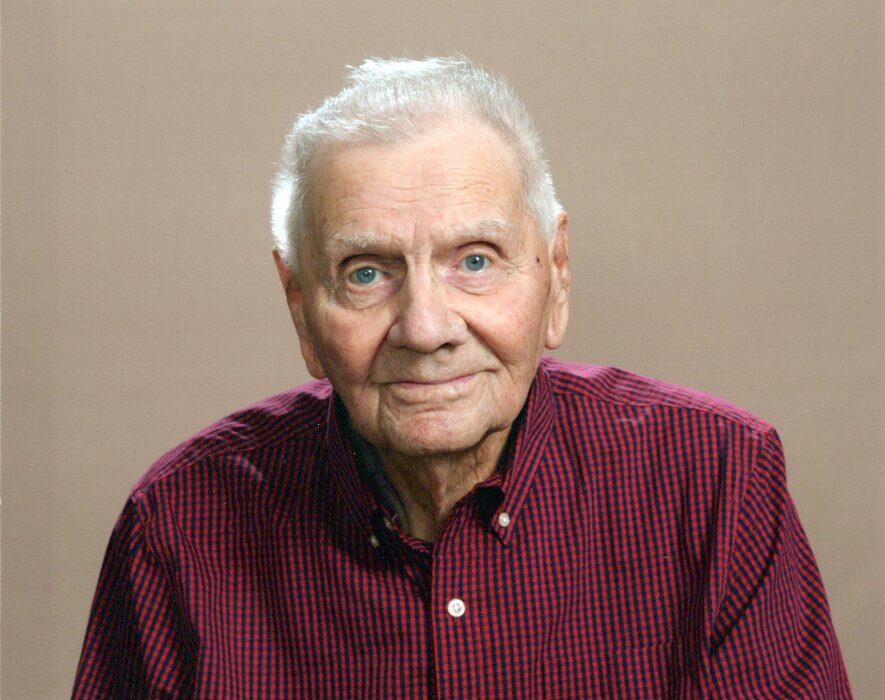 Earl Burdette Hamilton passed away peacefully during the early morning hours of August 9, 2022.  He was just ten days shy of his 98th birthday.  Earl was born to William (Bill) and Zola Mae Hamilton on August 19, 1924 in their home at Bethel, Nebraska.  As a boy, Earl’s family moved eight times.  During those years he called Nebraska, South Dakota, and Wyoming home.

In 1943, he shipped off with a group of sailors that were just as naive and just as anxious to see the world.  They traveled to Hawaii and then onto Okinawa, Japan.    He and thousands of young kids were a part of the greatest generation.  They joined the service in World War II to stand up for the United States of America and preserve justice and liberty.  While serving in the United States Navy, he was a gunner on three different battleships.  One of those ships being the William B. Allison that was bombed beyond repair and with multiple casualties.  These memories were never far from Earl’s mind, and his children, grandchildren, and great-grandchildren enjoyed hearing the harrowing, frightening, and thrilling stories that he told so well!

While on leave, he met a department store clerk that became his wife three short months later.  On June 6, 1946 Earl and Doris (Oslund) were married in Minneapolis, MN.  They traveled back to Wyoming to the Summit Lookout cabin to begin their new life close to his parent’s ranch near Dewey, SD.

The couple had two children, Linda and Bruce, while working to build up their ranch at the base of Elk Mountain.  For the next 24 years, Earl ranched, drove the road grader for Custer County, worked at the Elk Mountain fire lookout tower, and cared for his family.  In 1970, the Hamilton’s sold their ranch and moved to Newcastle where Earl began his almost 30-year career working for the United States Forest Service Fire District.

Earl was a member of Christ the King Lutheran Church and served on the church council.  He was also active in the American Legion, served on the Lauzon School Board, and was a leader of the Elk Mountain Hustlers 4-H Club.  He eventually joined the Weston County Historical Society and made great contributions because of the extensive knowledge he had gained about the surrounding area during his many years of field work in such a large part of the region.

Earl’s cherished memories were of the times he spent chasing cows with Bud Stearns, hunting with family, playing cards with neighbors, and spending time visiting and telling stories.  He was a friend to everyone!

The Lord blessed Earl with almost a century good living.  He was able to live independently until the last couple months of his life.  He was preceded in death by his wife of 59 years, Doris; his parents; and one brother, Leslie Dwight Hamilton.  Earl is survived by his children Linda (Lauris) Tysdal, of Newcastle, Bruce Hamilton of Newcastle; seven grandchildren Tim (Sonya) Tysdal, Kelli (Troy) Tavegie, and Alaina (Josh) Liggett all of Newcastle, Chris Hamilton of Colorado, Justin (Whitney) Hamilton of Florida, Casey (Sharlee) Hamilton of Montana, and William Hamilton; and thirteen great-grandchildren.

To order memorial trees or send flowers to the family in memory of Earl Hamilton, please visit our flower store.