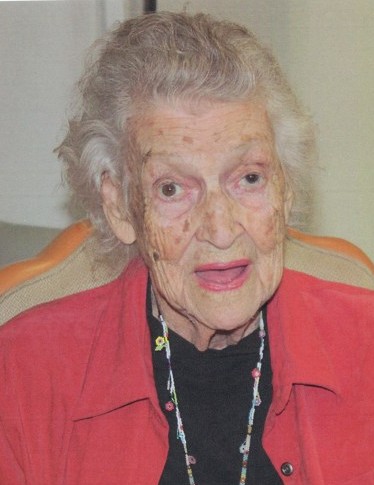 Celebrating the life of Dorothy Walker Brown. Dorothy was the second child of nine children born to James Louis Miller “Blackie” and Mary Morse of the St. Louis, MO area. James and Mary homesteaded several miles out of Lusk, WY and Mary moved herself and the kids to Lusk after Blackie died. Dorothy was born in Hardin, MT on April 22, 1924 where her very pregnant mother was visiting her husband at a job away from home. Dorothy unexpectantly went to be with the Lord January 25, 2020 while doing a crossword puzzle in her recliner at home that evening. She was 95 years old. Dorothy is preceded in death by her parents, James and Mary Miller; brothers, Navy Commander Charles Miller; Navy Chief Harry Miller; Paul Miller; Bill Miller; and sisters, Eleanor Miller; Mary Miller Spencer; and Betty Miller Samettes. She has one living sister, Fern Miller Bailey. Dorothy served in WW2 with the Army Air Corps. She was stationed in Hawaii after Pearl Harbor and worked as a “Follow Me Girl” leading planes to be parked. After the service she worked in the nursing field and married Clarence L. Baker “Dutch” of Lusk, WY. They had one son. Dorothy always stayed very busy. For a while she owned a beauty salon in Trona, CA. When she moved back to Newcastle she was involved with Gray Ladies, Odd Fellows, Rebbecca’s, Civil Air patrol as a pilot, VFW, Bell Ringer’s and the Democratic voter’s booth along with The Bird Cage theatre group as one of the directors. Her favorite direction to them was “No Backs, No Butts!” Dorothy was also preceded in death by three husbands, Clarence L. “Dutch” Baker; George S. Walker; and Lester G. Brown. She was known as Gram or Dorothy Walker or Dorothy Walker Brown. Dorothy is survived by her son, Clarence L. Baker “Nub” and wife Kathleen of Newcastle; grandchild, Jennifer Baker Smith; great-grandchildren, Ashley Knapp; Josh Smith; Katie Smith Tonderom; Ben Smith; Amanda Smith; and Nathan Smith; great-great-grandchildren, Liam Knapp and Lacey Marguess. Her foster-daughter, Dana Tetrick and husband, Ron; grandchildren, Patrick and Heidi Heberling; Dalynn P. Heberling; Michael and Mary Heberling; great-grandchildren, Jacob A. Heberling; Seth A. Heberling; and Joey Heberling; granddaughter, Mamie and Ed Sconiers and close friends, Florence and Jack Dempsey and Jason Froseth. Funeral service for Dorothy Walker Brown will be held at 10:00 a.m., Saturday, February 8, 2020 at the Methodist Church, Newcastle; inurnment to follow at Greenwood Cemetery with Military Honors. Reception to follow at the VFW Hall. Memorials and condolences may be sent in care of Meridian Mortuary 111 South Railroad Ave, Newcastle, WY 82701. Condolences may also be expressed at www.meridianmortuary.com

To order memorial trees or send flowers to the family in memory of Dorothy Walker Brown, please visit our flower store.