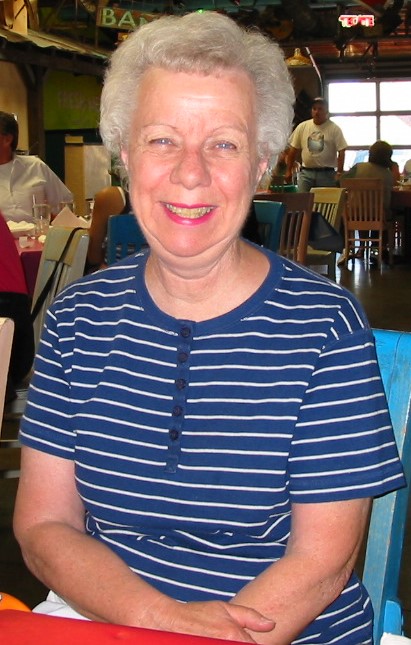 Dorothy “Dot” Miller, 88, of Newcastle, passed away on Wednesday, December 16th at the Newcastle Manor.  She was born 28 June 1932 in San Francisco, California the daughter of Antone Fritz and Harriet Collins.

She was the youngest of four children, two brothers, and one sister.  After graduating from high school, Dot worked for Pacific Bell in the Yellow Page advertising department and also held a part-time job as an usher at the historic Paramount Theater in San Francisco where she met Bob Miller.

On September 6, 1952 Bob and Dot were married by the Justice of the Peace in Reno, Nevada.  After moving to Newcastle in 1954, they decided to get married again in the Newcastle Catholic Church.  They remained married for 68 blissful years.  Dot was a consummate mother and homemaker.  She was an excellent cook and loved to read books.

In lieu of flowers, memorial donations in Dot’s name may be made to the Newcastle Volunteer Fire Department. Memorials and condolences may be sent in care of Meridian Mortuary 111 South Railroad Ave, Newcastle, WY  82701.

To order memorial trees or send flowers to the family in memory of Dorothy Miller, please visit our flower store.