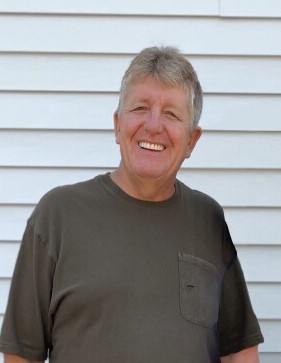 Dallas was born on November 18, 1966 in Belle Fourche, South Dakota to Jan and Melvin Douglas. He later moved to Upton, Wyoming with his parents and three siblings - Tony, Paul, and Ginger. Together, they all built and established a family home that would be cherished for generations to come.

After graduating high school Dallas joined his cousin Mike in California to hone his carpentry skills and soon after that moved to Denver, Colorado. In 1991 he met and later married Daniella Forrest and together share two daughters - Anna and Abbey.

Dallas worked with contractors in construction and fields alike. He loved hands-on work and enjoyed seeing every project through to the end. In 2015 he continued the Douglas family legacy of working at Black Thunder Coal Mine as a haul truck driver. He enjoyed his work at the mine and took care of his truck like it was one of his own.

Dallas had a laugh that made the whole room laugh and had a contagious sense of humor. He always had a project going - either one of his own or was an extra set of hands for someone else. His passions included pool, golf, cooking, fishing, NASCAR, driving his Hellcat, and exploring God’s nature. His favorite memories were those with his family and friends on vacations to Yellowstone and the Bighorn Mountains.

Dallas is survived by his children, Anna (Demetrius) and Abbey (Trey), his siblings, Tony (Debi), Paul (Debbie), and Ginger (Brannon), his cousins, nephews, nieces, and his beloved Dodge Hellcat.

A celebration of Dallas’ life will be held on Friday, August 28 at 10am at the Upton Community Park.

To order memorial trees or send flowers to the family in memory of Dallas Douglas, please visit our flower store.