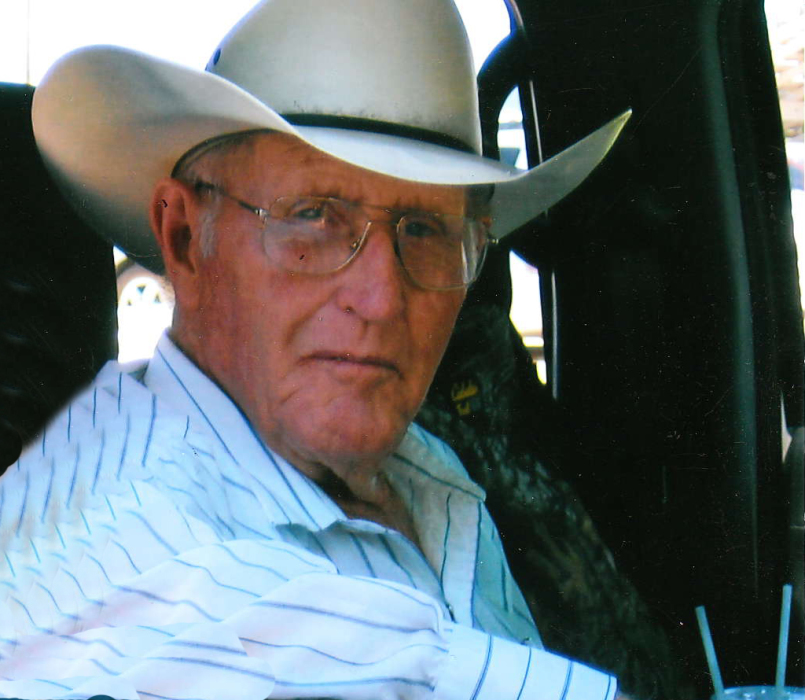 Charles R. Rankin was born on January 6, 1925, to Robert and Louella Rankin on the Rankin Ranch south of Upton.  He joined a sister, Ada May Whitten, and brother, Harold Rankin.  Another sister, Mary Clyde, joined the family a short while later.  Charles spent his life at the family ranch.  No stranger to hard work, Charles quit school in the 11th grade to assist in working the ranch after his father suffered a serious illness.

Charles’ long life was centered on the family ranch.  He spent a lot of time buying cattle for various individuals in the industry covering the entire Wyoming, Montana, Nebraska, and South Dakota states.  Until the end, he could tell you where each and every rancher lived that he bought cattle from, and maybe have a story to go along with it.  He also loved the rodeo as he had participated in steer wrestling and roping in his younger days.  When his children were old enough to sit on a horse, he taught them to trail and work cattle.  His motto was to ‘keep a kid busy enough they can’t get into trouble’.  For the most part, this motto worked to his satisfaction. Charles loved a good joke in an appropriate setting, and never passed up a sing-a-long.

Charles and Dee taught the children a good strong work ethic, and how valuable that work ethic would be later in life. They were both very proud of their immediate and extended family.

A memorial has been established to benefit the Weston County Fair Grounds and to the Activities Department of the Crook County Nursing Home. Memorials and condolences may be sent in Charles’ name in care of Meridian Mortuary 111 S. Railroad Ave, Newcastle, WY 82701. Condolences may also be expressed at www.meridianmortuary.com

To order memorial trees or send flowers to the family in memory of Charles Rankin, please visit our flower store.