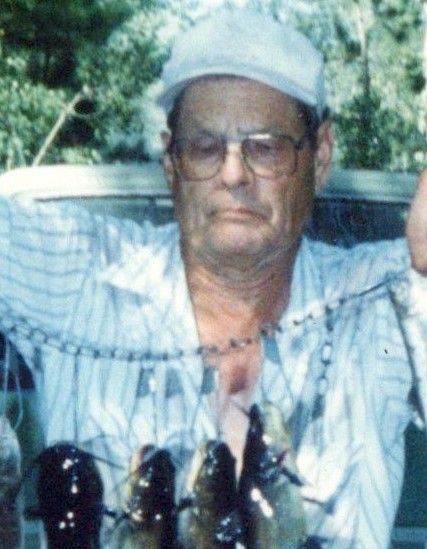 Calvin Junior “Cal” Huber, long time Osage and Weston County resident, went to be with his heavenly father Friday, October 15, 2021 after a short stay at Weston County Manor. Calvin was born April 26, 1932, in Mobridge, SD, and was the eldest of seven children.  Cal grew up during the Great Depression and was taught never to waste, and he held to that the rest of his life and never threw anything away that could be used sometime in the future.  Cal was a veteran of the Korean War, where he was awarded a Purple Heart after being wounded twice by mortar explosions. Cal was a mechanic by trade, working for a variety of businesses in Colorado before moving to Newcastle, Wyoming.  There, he opened his own mechanic and radiator shop.  In 1988 , Cal moved to Osage where he ran his shop until his retirement.  He was a man that did not cut corners in his work as he took great pride in knowing it was fixed right.  He could just listen to a motor and tell you what was wrong with it. Cal enjoyed fishing, hunting, gardening, canning, camping, and playing his harmonica and accordion for as long as he was able.  Calvin was preceded in death by his parents and five siblings. Cal left behind on this earth his wife Peggy or 34 years, four children, three stepchildren, two siblings, numerous grandchildren, great-grandchildren, and great-great grandchildren.  Funeral services will be held Saturday, October 23, 2021 at 1:00 p.m. at Bethlehem Lutheran Church, 200 W. Goshen St. in Moorcroft, Wyoming with visitation to be held Friday, October 22 , 4:00 p.m. to 7:00 p.m. at Meridian Mortuary, 111 S. Railroad Ave., Newcastle, Wyoming.  Following the services, family and friends are welcome to escort Cal to his final resting place at Greenwood Cemetery in Upton, Wyoming.

To order memorial trees or send flowers to the family in memory of Calvin Huber, please visit our flower store.