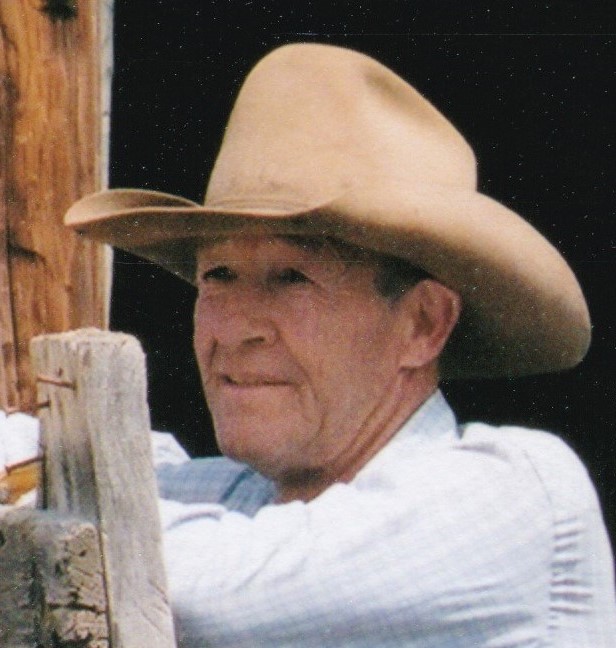 Ben Morris, one of the last real cowboys, passed away in his sleep at the Weston County Manor on February 12, 2021 after a long battle with dementia.   He was 80 years old.  Benjamin A. and Edna F. Morris welcomed Benjamin Edward Morris into their family on September 16, 1940.  Ben was born at home on the ranch on Mush Creek in Weston County.  He was a hard worker from the start and at a young age helped feed the family of 10 by hunting small game and trapping for animal hides to sell.  Hunting and trapping became a lifelong passion, and Ben even earned his taxidermy license.  But, above all, ranch life was in his blood. That love of agriculture extended into his school activities and he joined FFA with his older brother Bill.  After Ben graduated, he worked for several ranchers as a cowhand before joining the National Guard. His leadership skills gained him the title of sergeant.  On May 25, 1968 he married Maxine Sachau and they made their home in Lance Creek, Wyoming where Ben worked on the Manning Family Ranch. They had 4 children and eventually moved to Newcastle where Ben worked in the oil field, as a local butcher for fair animals and ranchers, at Western Processing, and sometimes as a logger. He was a tough cowboy, surviving a treater explosion, multiple events resulting in missing fingers, and several injuries from breaking horses. You could say he was also a lucky cowboy.  Climbing into rattlesnake dens and scaring his children on Halloween were hobbies, along with puzzles and rockhounding.  After Maxine passed away, he married Vina Morris on September 24, 1997. Together they opened their shop Knot’s N Things, where they sold various unique crafts.  His grandchildren were a source of pride, and he enjoyed sharing his love of rockhounding with them.  Ben was honest, hardworking, and generous.  True to the cowboy ethic he took pride in his work and was proficient at doing what needed to be done, especially in hard times, and was always quietly helping others in need.  He was also a little famous.  Tourists often requested to take his photo, thinking he was the Marlboro cowboy. He is survived by his wife Vina Morris of Newcastle, brother Bill (Peggy) Morris of Newcastle, brother Bob Morris of Wickenburg Arizona, sister Joy (Mick) Hammell of Evansville WY, sister Helen Knipp of Osage; children Candy Morgan of Gillette, Ben (Buck) Morris of Sheridan, Cindy (J.D.) Rhoades of Newcastle, Max (Leslie) Morris of Newcastle; stepchildren Doris Backus (Rick Johnson) of Billings MT, Louis (Debbie) Morris of Florence MT, Wanda (Gary) Hulit of Laramie, and Shelley Morris of Sheridan;  23 grandchildren and 13 great grandchildren; and numerous cousins, nieces and nephews.  Preceding him in death are his parents Ben and Edna Morris, wife Maxine Morris, brother Dick Morris, brother Jim Morris, brother Bus Morris, stepson Kenny Morris, and his beloved dog Chelsie.  The family has planned a private burial with memorial services to follow later this spring.  A memorial fund has been set up for the local Saddle and Sirloin FFA Chapter.  Donations can be made to Weston1 FFA at 116 Casper Ave., Newcastle, WY.

To order memorial trees or send flowers to the family in memory of Benjamin Morris, please visit our flower store.