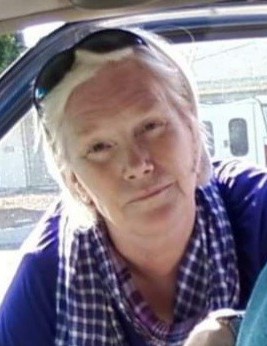 Funeral service for Barbara Cooper will be held at 2:00 p.m., Monday, September 14, 2020 at Upton Community Center, Upton, WY with Pastor Randy Fowler officiating; interment to follow at Greenwood Cemetery, Upton, WY. Visitation will be held 2 hours prior to services starting at 12:00 p.m., also at the Community Center. Barbara Jean Cooper age 71, passed away Monday, September 7, 2020 at her home in Upton, WY. Barbara Jean (Thomas) Cooper was born in Belle Fourche, SD to Lester and Eleanor (Berglund) Thomas. She lived in Belle Fourche in her early years close to her Thomas and Berglund families. Especially her uncle’s Leonard and Clarence and a couple dozen other aunts and uncles. After the passing of her dad and the marriage of her mother to Carson Rose, when Barb was ten years old the family moved to Upton, WY. Her and her sister Martha were blessed with two new sisters, Paulette and Jeannie. To complete their family brother, Paul and sister, Velma were welcomed new additions. Barb graduated in 1967 from Upton and attended Greens Beauty School in Rapid City, SD. She started her life at a beauty shop by becoming a licensed beautician. The chemicals were too harsh for her, so she changed professions to bookkeeper for Uncle Elmer at Rose Auto Sales and her dad at Carson Rose Auto Sales. Barb and David Cooper exchanged wedding vows on May 20, 1972. She started working at the Co-op in Newcastle, WY and Dave worked for his dad at the Upton Grocery. They moved into a small trailer in Fredrick’s Trailer Park. They enjoyed life as a couple for two years and decided to start a family. Deirdre was born in June 1974 and two very short years later David Jason was welcomed into the world. Something was still missing though. It took six years to figure that out. Danielle made her way into the fracus and finished the circus. Jera Monroe made her way back into Barb’s life while she was finishing her schooling at Black Hills and completed Barb as a mother. Barb’s dreams of becoming a schoolteacher when she completed her two-year course in Community Ed through Eastern Wyoming Community College. At her graduation ceremony in Torrington, WY; they said she was the first to graduate from there in that two-year time frame. Then she attended Black Hills Teaching College for two more years. Graduating with a double major and a double minor. Barbara’s two years at Black Hills State University was spent with Deirdre taking some of the same classes. After three years of trying to get hired in Wyoming and South Dakota but being told she was to old; Dave and Barb packed up their circus and headed off to Arizona in 1999. She started work at a Special Education Private School in Tempe, AZ with her old school mate Bobbi Peahu. After three years there, Barb went to public school as a Special Education teacher in grade school. After bouncing around several schools, Barb retired after just shy of 20 years teaching. Barb and Dave have been traveling by motor coach for the last four years. Barb is preceded in death by paternal and maternal grandparents, father, Lester Thomas, mother, Eleanor Rose, uncles Leonard and Clarence Berglund, brother, Paul Rose and sister, Martha Rose. Barb is survived by husband, David; daughters, Deirdre (Frank) Vella, Jera (Pat) Monroe, Danielle (Nick) Johnston; son, David (Carrie) Cooper; seven grandchildren, Christian (Amber), Bethany (Aiden), Cydney (Henry), Joseph, Arianna, Kaelynn and Jason; and four great-grandchildren, Atticus, Arya, Allison and Cora; dad, Carson Rose; sisters, Paulette (Cecil) Strong, Jeannie and Velma (Todd) Sime. Barb will always be remembered for her love of Mickey Mouse; always having Mickey in her outfit choice and in her home decorations. Memorials and condolences may be sent in care of Meridian Mortuary 111 South Railroad Ave, Newcastle, WY 82701. Memorials may also be expressed at www.meridianmortuary.com

To order memorial trees or send flowers to the family in memory of Barbara Cooper, please visit our flower store.