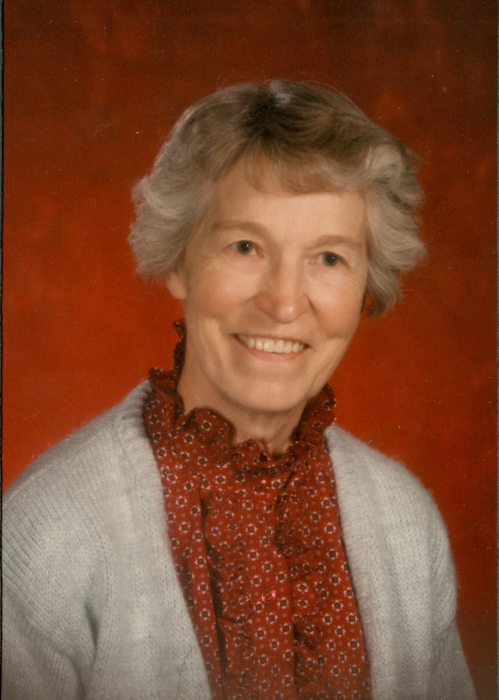 Graveside service for Alta Cunningham will be held at 2:00 p.m., Friday, September 20, 2019 at Greenwood Cemetery, Newcastle, WY. Alta Myrl Cunningham was born on May 6, 1926 in Custer, South Dakota to Merle and Alta Barnes. She was the oldest and only girl with four brothers, and they grew up in the Black Hills area. Her father, Merle Barnes, was killed in a mining accident when she was 7, and she later attended high school in Newcastle, Wyoming. On June 20, 1943, she married Edward Cunningham, and together they had 3 children, Robert L., Fay A. and Dale L. Alta’s life encompassed nearly a century of changes; from The Great Depression and kerosene lanterns to the booming 1950’s and sending emails on her iPad. She bravely moved forward, keeping up with the times by never losing the grit her past had taught her.  Alta will be remembered as the maker of perfect mac ‘n’ cheese and the grandma with cookies! She is preceded in death by her husband, Ed Cunningham; son, Bob; grandson, Chris Wilson; and three brothers. Alta is survived by her son, Dale (Cheryl) Cunningham of Loveland, Colorado; her daughter, Fay (Ron) Fink of Gillette, Wyoming; brother Bruce (Shelby) Wilson of Newcastle, Wyoming; grandchildren, Ann (LaMonte) Morrow of Custer, South Dakota; Tracy Pirzkal of Baltimore, Maryland; Lisa (Kelly) Weeks of Gillette, Wyoming; Edward (Kacie) Cunningham lll of Loveland, Colorado; Camy (Jason) McMunn of Fort Lupton, Colorado; Amanda (Dominik) Ax of Loveland, Colorado and numerous great grandchildren. Alta loved flowers and believed they would always brighten someone’s day. The family would like to pass on her love of flowers to others and ask that any flowers given in Alta’s name be sent to the residents at the Lasting Legacy Rehabilitation Center at 1000 S. Douglas Hwy, Gillette, WY 82716. Memorials and condolences may also be sent in care of Meridian Funeral Home 111 South Railroad Avenue, Newcastle, Wy 82701. Condolences may also be expressed at www.meridianmortuary.com

To order memorial trees or send flowers to the family in memory of Alta Cunningham, please visit our flower store.